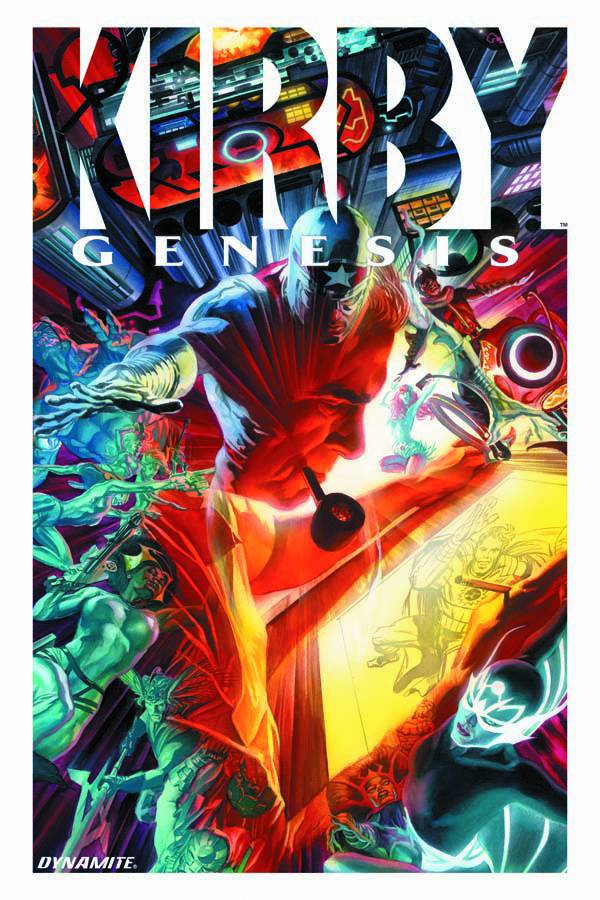 JUN121065
(W) Kurt Busiek, Alex Ross (A) Jackson Herbert (A/CA) Alex Ross
The Kirby Event of the new millennium by the bestselling and award-winning creators of
MARVELS! Superstars Kurt Busiek and Alex Ross bring Jack "King" Kirby's creations to life in a way you'll never forget!
The Pioneer 10 space probe carried a message to the stars. Now an answer's on the way - but not one we expected! When it arrives, the lives of three ordinary people - and the entire world - will be changed forever! This is the beginning. This is THE Genesis!
Featuring Captain Victory, Silver Star, and more of Jack Kirby's greatest concepts, including characters never-before-seen in comics form! The Kirby: Genesis TP collects issues #0-8 of the hit series, along with a complete cover gallery!