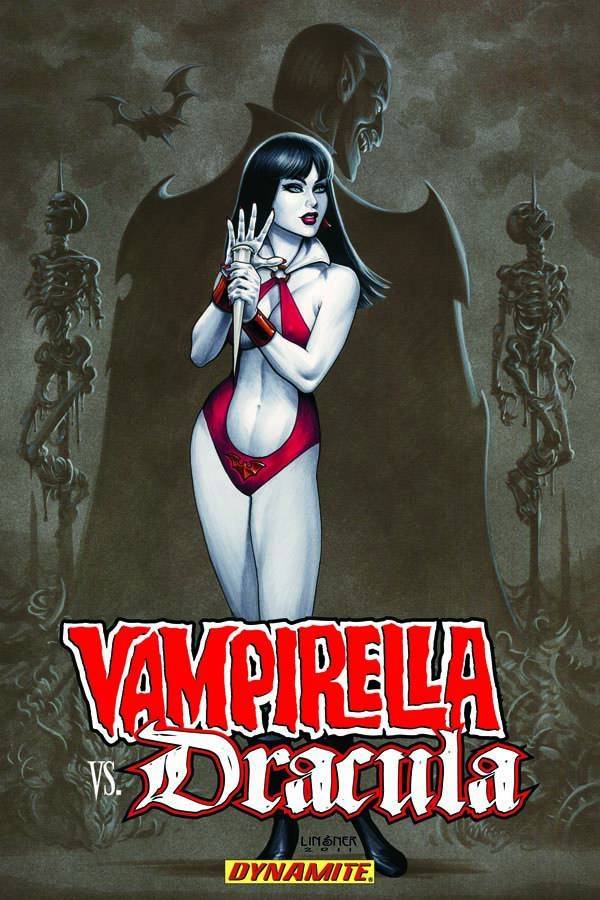 #
JUN121051
(W) Joe Harris (A) Ivan Rodriguez (CA) Joseph Michael Linsner
Spinning out of Alan Moore's retelling of the ageless horror classic, Dracula has come to America to play out his timeless narrative in this brave, New World. Only he didn't realize ANOTHER vampire already beat him to it. Drawn to one another across continents and centuries by a mysterious force, both Vampirella and Bram Stoker's immortal monster find themselves sucked into a time-tossed epic of love, hate, death, and damnation. But can an epic built for one vampire possibly hold them both? Collecting the six-issue series in one volume, along with a complete cover gallery featuring art by Joe Linsner.
In Shops: Sep 19, 2012
SRP: $19.99