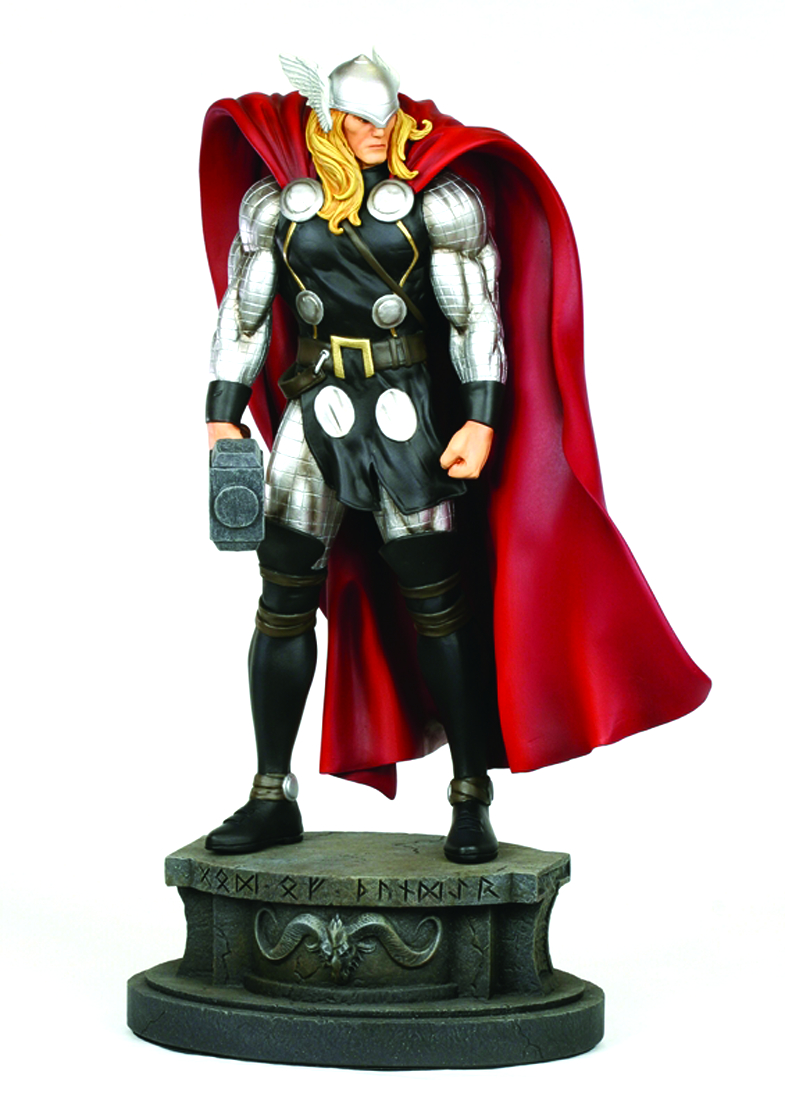 JUN111899
A Bowen Designs Sculpt! Many years ago, while exploring the fjords of Scandivania, Dr. Donald Blake struck his staff against the earth, and the Mighty Thor emerged from the lightning, holding his mystical hammer Mjolnir. After many adventures on Earth and in Asgard, the prophesied Ragnarok engulfed Thor and his friends, and the age of the Norse heroes appeared to pass. But when the hammer fell to Earth, the legend of Thor was reborn, and this statue, sculpted by Randy Bowen, stands 15" tall and brings to life the modern incarnation of the Norse god of thunder.