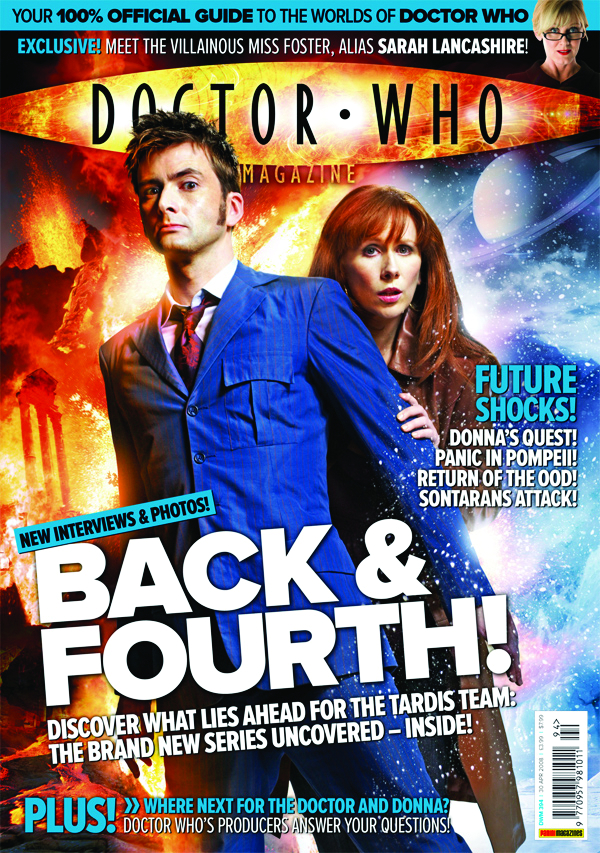 JUN084421
Doctor Who Magazine is the official publication of the hit BBC television series, jam-packed full with news, photos and features! This issue, we look ahead to the Doctor's Victorian adventure in this year's Christmas special with the Cybermen and guest-starring actor David Morrissey! Look for exclusive interviews with cast and crew; the fourth chapter of "The Widow's Curse," a new, full-color comic strip for the Doctor and Donna; Executive Producer and Russell T. Davies reveals more secrets about making Doctor Who in his "Production Notes" column; the Time Team bid farewell to Peri as they continue their mission to view every Doctor Who story in order by watching "Mindwarp"; all the latest books, audios and DVDs are previewed and reviewed; plus much, much more!