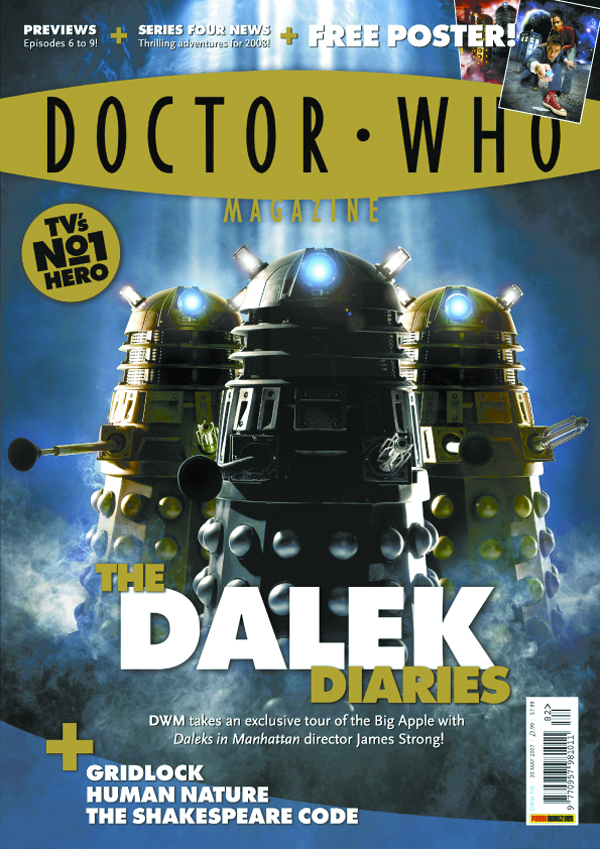 JUN074049
Doctor Who Magazine is the official magazine of the hit BBC series, with news, features, interviews, and full-color comic strip action! This issue there's an in-depth interview with actor John Barrowman on his explosive return to Doctor Who in the three-part series finale. There's also a report on the effects of the final story, and a look ahead to the new spin-off series, The Sarah Jane Adventures; The Doctor and Martha begin a new three-part adventure in the comic strip; executive producer Russell T Davies chats drops more hints about Doctor Who Series Four in his "Production Notes" column; the Time Team waves goodbye to the Fifth Doctor as they watch Planet of Fire and The Caves of Androzani; and all the latest books, audios, and DVDs are previewed and reviewed.