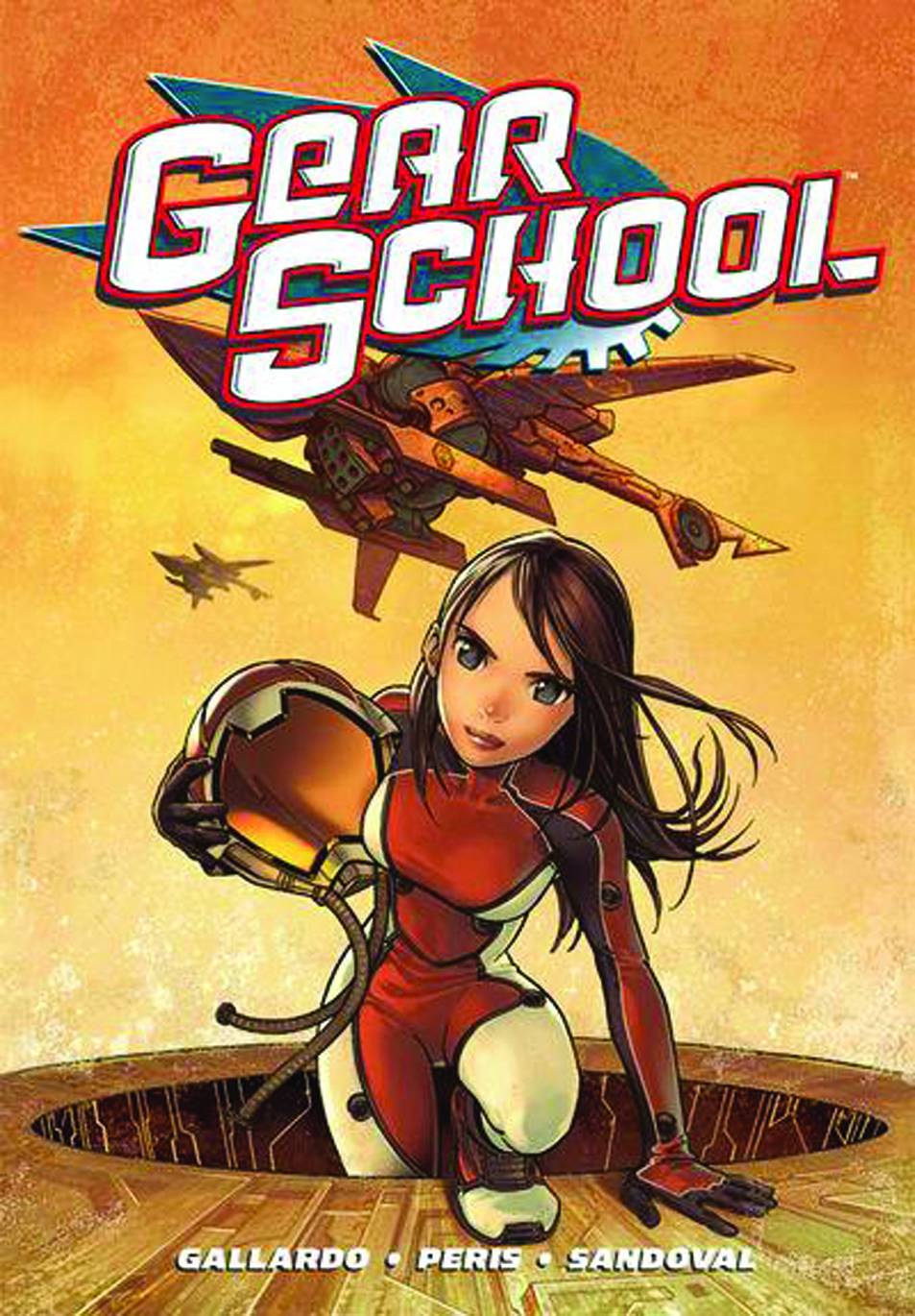 JUN070030
(W) Adam Gallardo (A) Sergio Sandoval (A/CA) Nuria Peris
In the future, humanity is in a seemingly endless war with an alien race. The struggle is dominated by giant war machines called Gear. Only the best and the brightest are allowed to drive these behemoths. The process of elimination begins in junior high.
Thirteen-year-old Teresa Gottlieb has just entered the most prestigious military academy, known to all as Gear School, to try and become one of those elite. But on top of all the usual troubles that a seventh-grader has to put up with-boys, social cliques, hellish instructors-she also has to deal with three-story-tall robots and alien invasions!
Teresa needs to learn that when the bell rings, the adventure starts.
•  Gear School is written by Adam Gallardo (Star Wars: Infinities-Return of the Jedi; 100 Girls) and illustrated by N ria Peris (Star Wars Tales, Karas).
Original graphic novel!