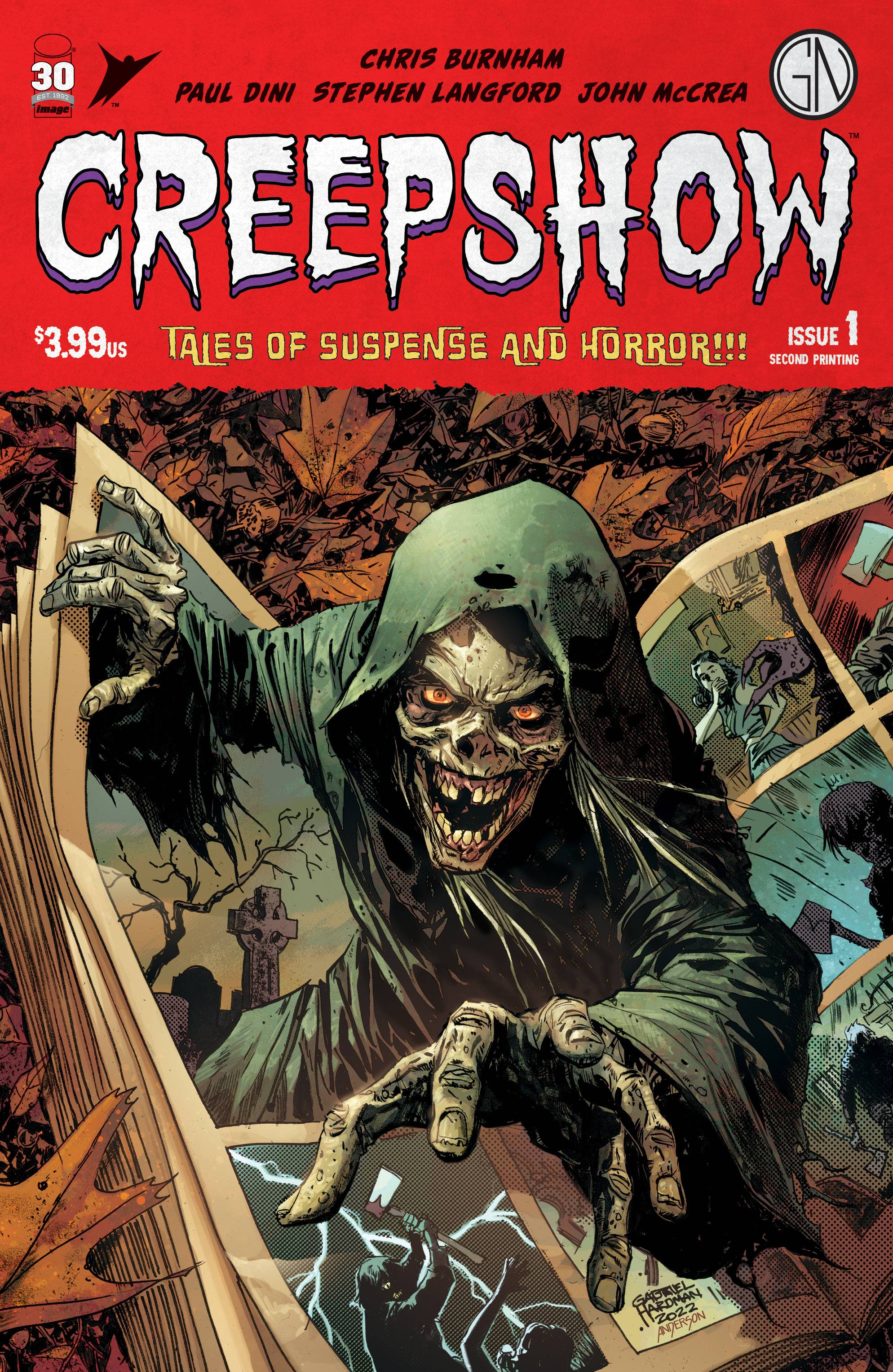 #
JUL229791
(W) Chris Burnham, Paul Dini, Stephen Langford (A) Chris Burnham, John McCrea (CA) Gabriel Hardman
The worldwide phenomenon based on the hit Shudder TV series comes to comics in a star-studded five-issue anthology series that will SCARE YOU TO DEATH.
In the debut issue, CHRIS BURNHAM (DIE!DIE!DIE!, NAMELESS) terrifies with a tale of trick or treaters who are taught what happens when you mess with the wrong house.
Then, legendary Batman: The Animated Series creator PAUL DINI, STEPHEN LANGFORD, and JOHN McCREA (DEAD EYES, Hitman) petrify with the party antics of Shingo, the birthday clown with an appetite for more than cake!
Each issue of CREEPSHOW will feature different creative teams with uniquely horrifying standalone stories.
In Shops: Oct 26, 2022
SRP: $3.99
View All Items In This Series
ORDER SUBSCRIBE WISH LIST