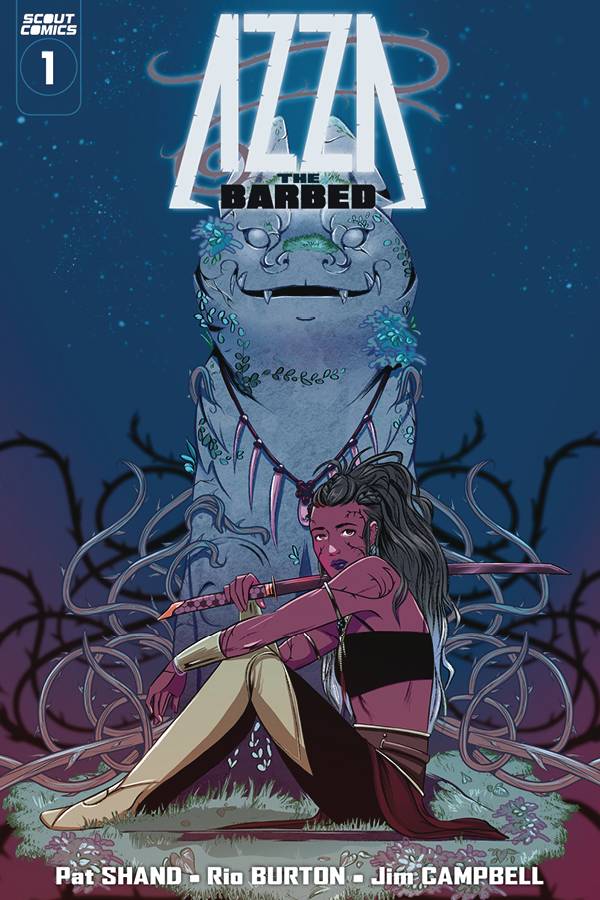 #
JUL221888
(W) Pat Shand (A/CA) Rio Burton
Writer Pat Shand and artist Rio Burton launch a new fantasy epic! Azza was born into a family that, for generations, served in the Obsidian Guard, a military unit of holy warriors. During Azza's Coronation, a magical ceremony that would imbue her with a  holy glowing power, something went wrong. Instead of the sacred Obsidian tattoos, she became marred with thorned, black markings and was banished by her people. Now, Azza lives in solitude guarding a great evil... but when that evil escapes and begins to spread its wicked power, Azza must make a choice: save the people that expelled her or allow her home town to fall to evil. With an emotional, comedic, and awe-inspiring story of empowerment, Azza the Barbed blends fantasy, adventure, mythology, horror, and action in this unforgettable new series.
In Shops: Oct 12, 2022
SRP: $4.99
View All Items In This Series
ORDER SUBSCRIBE WISH LIST