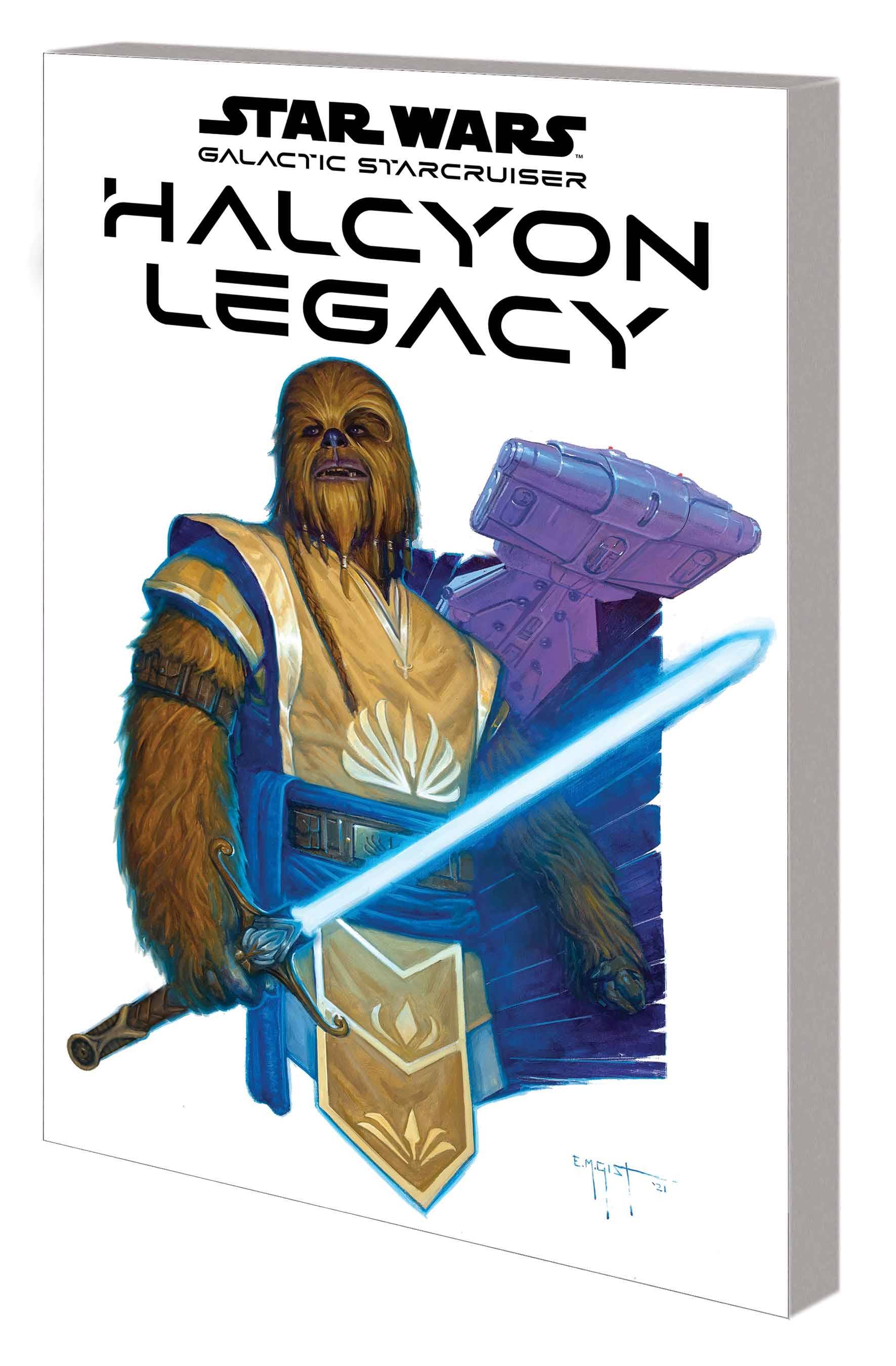 #
JUL221000
(W) Sacks, Ethan (A) Will Sliney (CA) E.M. Gist
For 300 years, the Halcyon has been the preeminent cruise ship in the galaxy. Republics and an Empire have risen and fallen, but this luxury space vessel has been a constant - despite a bumpy ride or two. Now, learn the incredible, centuries-long story of the ship at the heart of the sensational Star Wars: Galactic Starcruiser hotel at Walt Disney World! In the High Republic era, can the ship withstand a Nihil attack? During the Halcyon's time as a flying casino, Aurra Sing gambles her life! In the days of the Old Republic, Anakin and Padmé infiltrate the ship on a secret mission! Lando and Hondo find themselves on a collision course in the Halcyon's halls! And as the ship runs afoul of the First Order, can a Resistance spy complete their dangerous assignment? Collecting STAR WARS: THE HALCYON LEGACY #1-5.
Rated T
In Shops: Nov 02, 2022
SRP: $15.99
ORDER WISH LIST