VAMPIRELLA MINDWARP #1 (OF 5) CVR A LINSNER 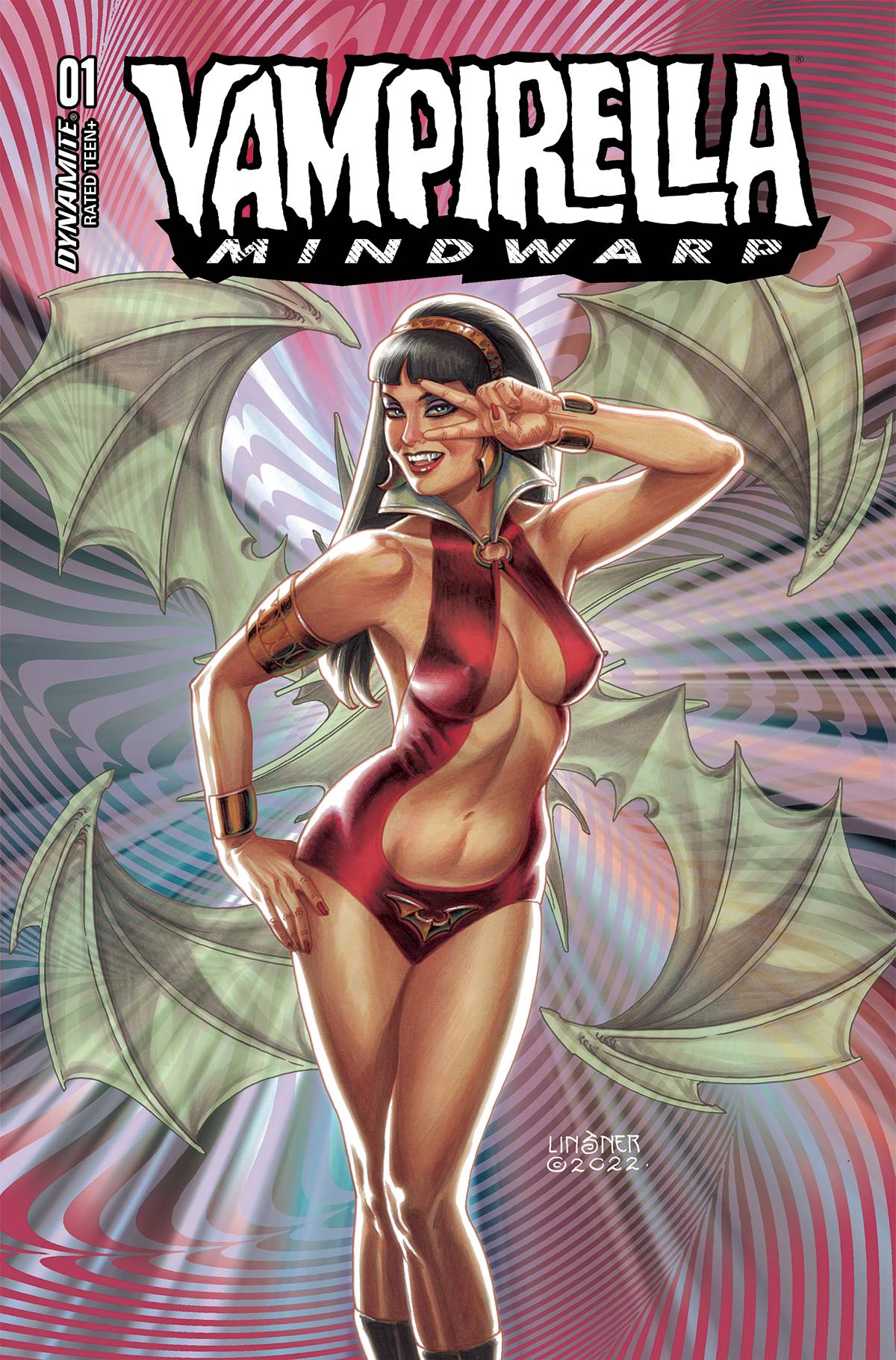 #
JUL220547
(W) Jeff Parker (A) Ben Dewey (CA) Joseph Michael Linsner
It's a deadly chase across reality in a Vampirella epic unlike any you've seen before. Enter the twisted world of Mindwarp!

Meet Baroness Gruzal, an evil sorcerer with an ancient crown that possesses dreadful powers. Gruzal's ambition is to live one thousand years - and she plans to accomplish this by stealing and inhabiting the powerful body of Vampirella! What follows is a mad chase across time and space itself, as seen through the prism of Vampirella's wild history and dark origins!