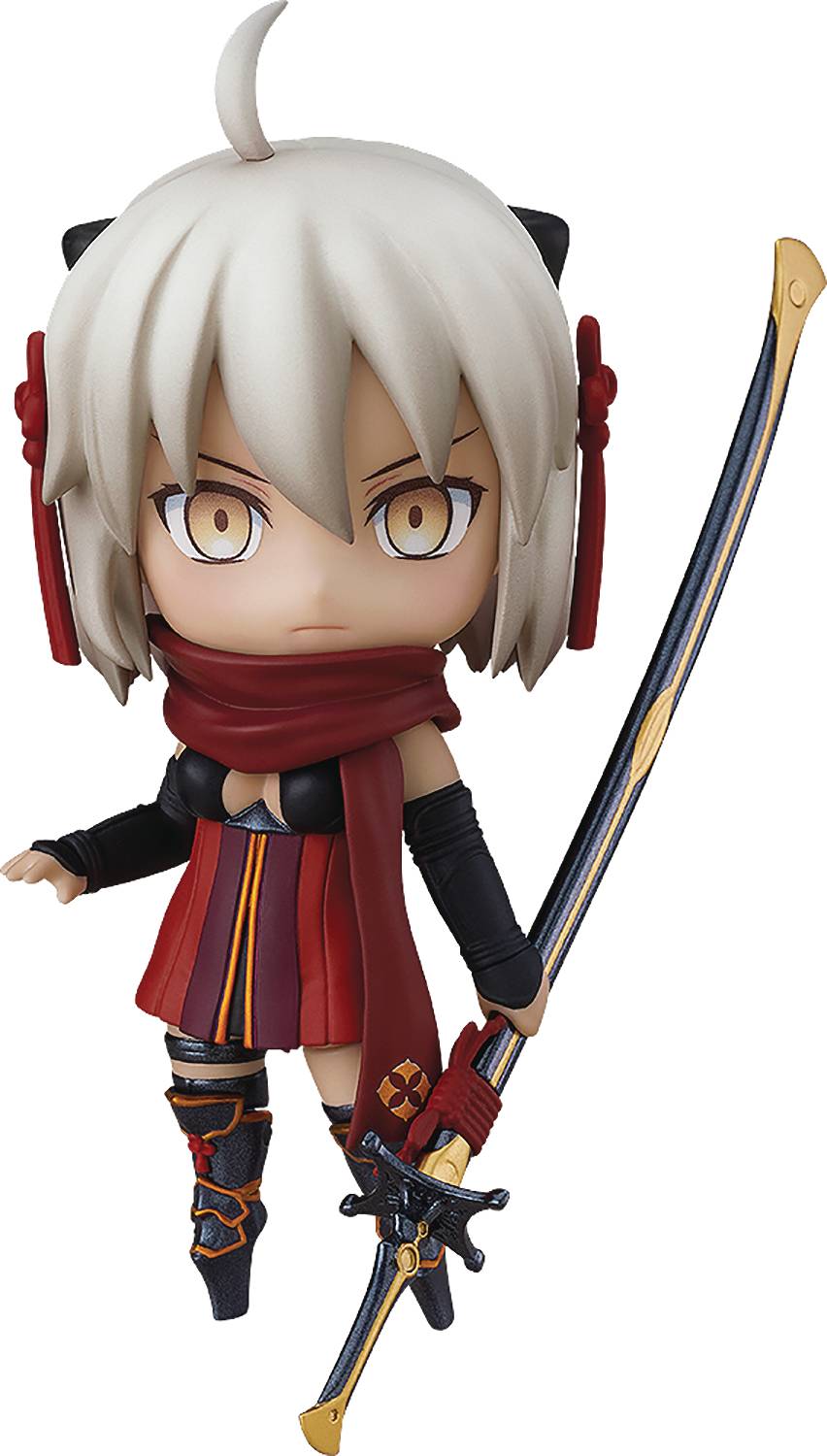 # # # # #
JUL209262
From Good Smile Company. From the popular smartphone game Fate/Grand Order comes a Nendoroid of the Alter Ego class servant Okita Souji (Alter) in her default appearance! She comes with three face plates including a composed standard expression, a serious shouting expression and an adorable blushing expression. Her blade Purgatory is included in both sheathed and unsheathed forms. Effect parts for displaying her attacking and using her Noble Phantasm are included as well. A skewer of oden is also included as an optional part.