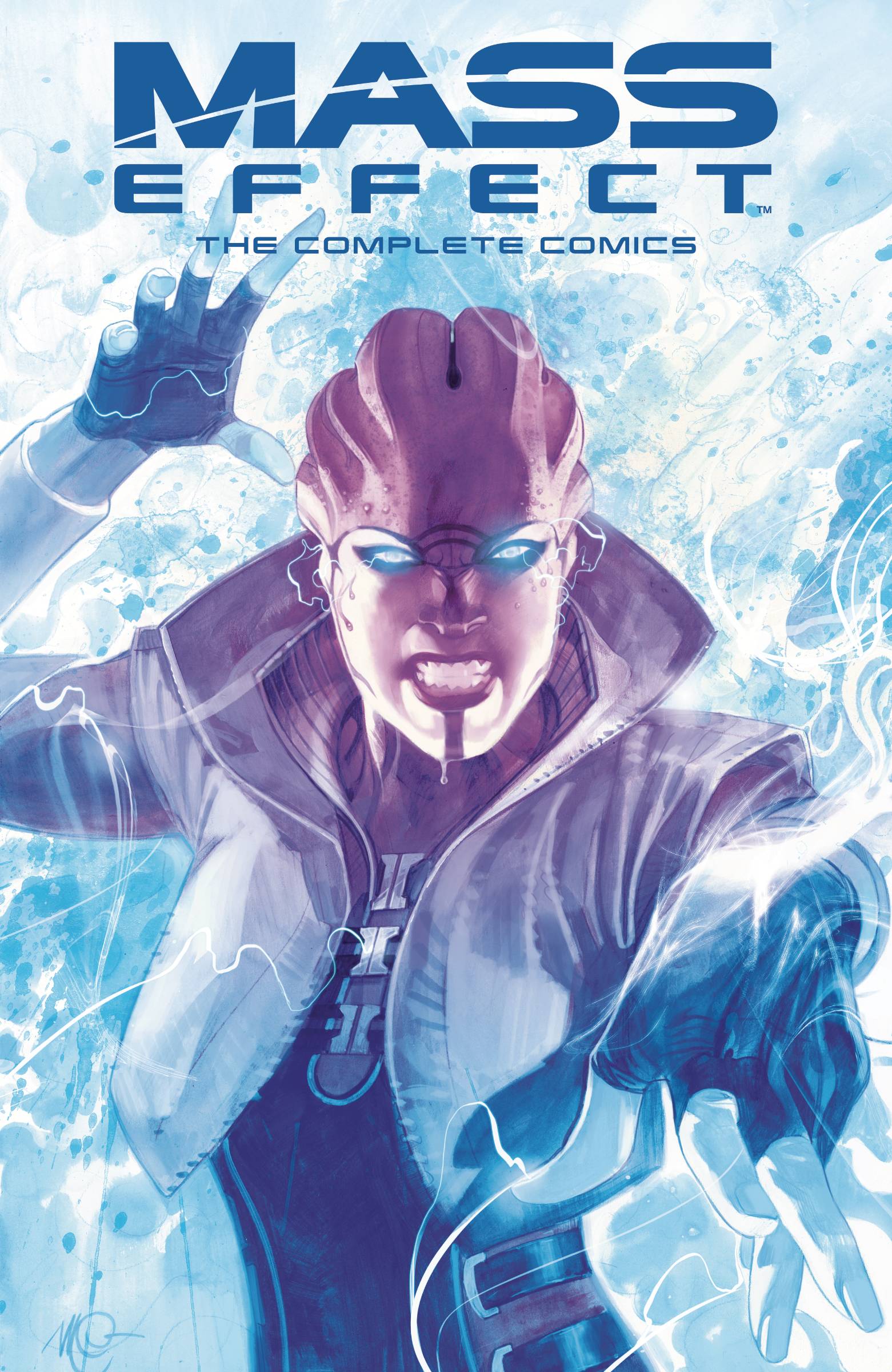 #
JUL208719
(W) Mac Walters, John Jackson Miller, Jeremy Barlow (A) Gabriel Guzman (CA) Massimo Carnevale
Mass Effect's vibrant world is teeming with conflict, and always on the edge of tipping into despair-but there are some who still struggle to maintain order in the chaos and secure the future of the galaxy. Join Liara as she teams up with the Drell Feron to recover the body of Commander Shepard from the Shadow Broker, uncover the origins of the Illusive Man in an epic tale of betrayal and discovery, and witness Aria defend the space station Omega from Cerberus forces, as well as the internal conflicts at Cerberus and the lives of the agents who serve it. Also included in this volume are collected stories of characters you love like Garrus, Tali'Zorah, and Wrex, and the series Discovery which follows the Turian soldier Tiran Kandros.