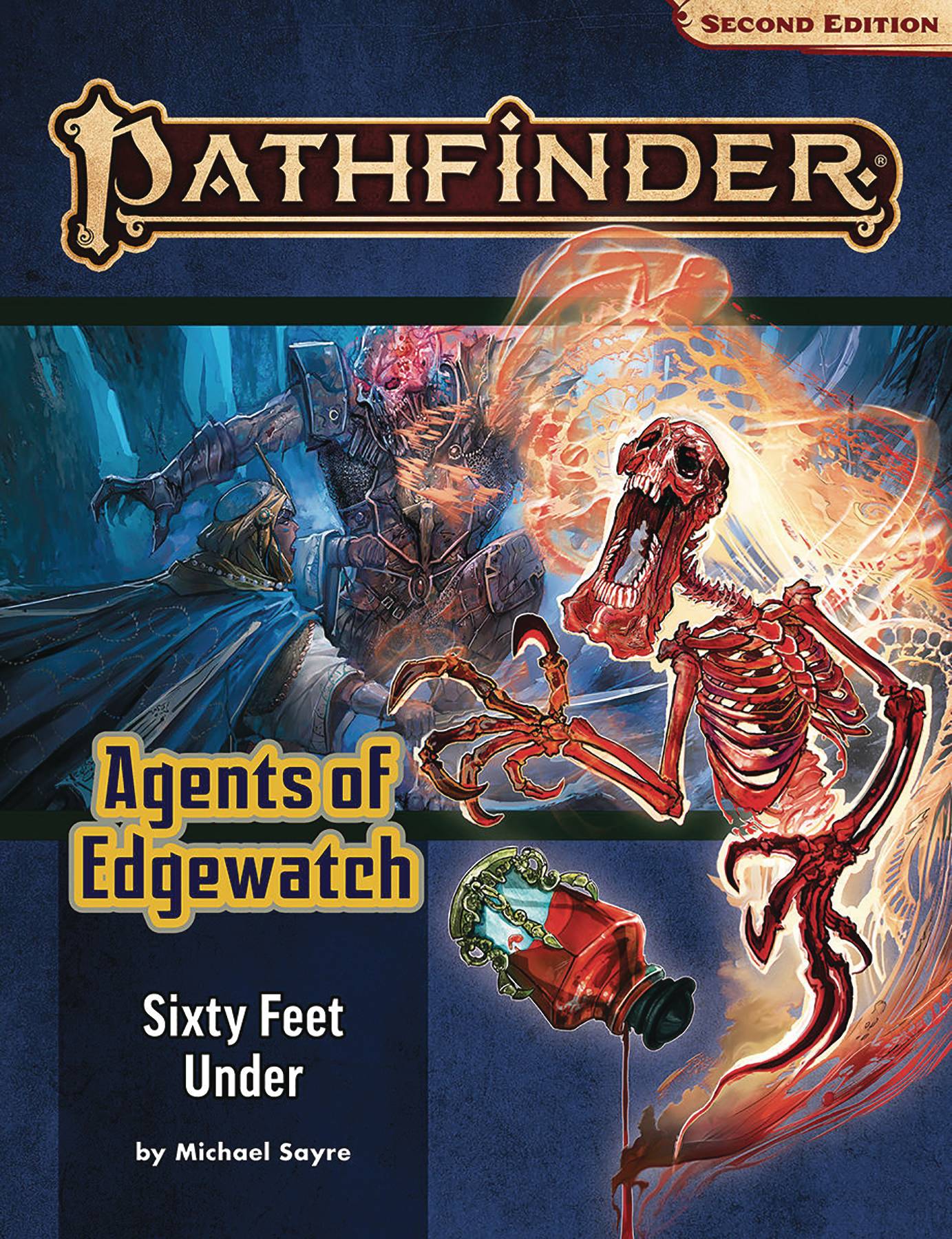 #
JUL202610
(W) Jason Keeley
When the Edgewatch agents receive a much-deserved promotion and transfer to Absalom's interjurisdictional Starwatch company, they find that with increased responsibilities come increased risks. Following the trail of clues left behind by the murderous Norgorber cultist called the Skinner, the agents find themselves caught between two sides of a gang war in the Docks, and they must choose which gang to tip the scales in favor of in order to get the evidence they need. Their investigation takes them to the Lucky Nimbus casino to perform a daring heist, then the gladiatorial arena known as the Irorium to stop a devastating plot that threatens thousands of lives!
In Shops: Sep 23, 2020
SRP: $24.99
View All Items In This Series