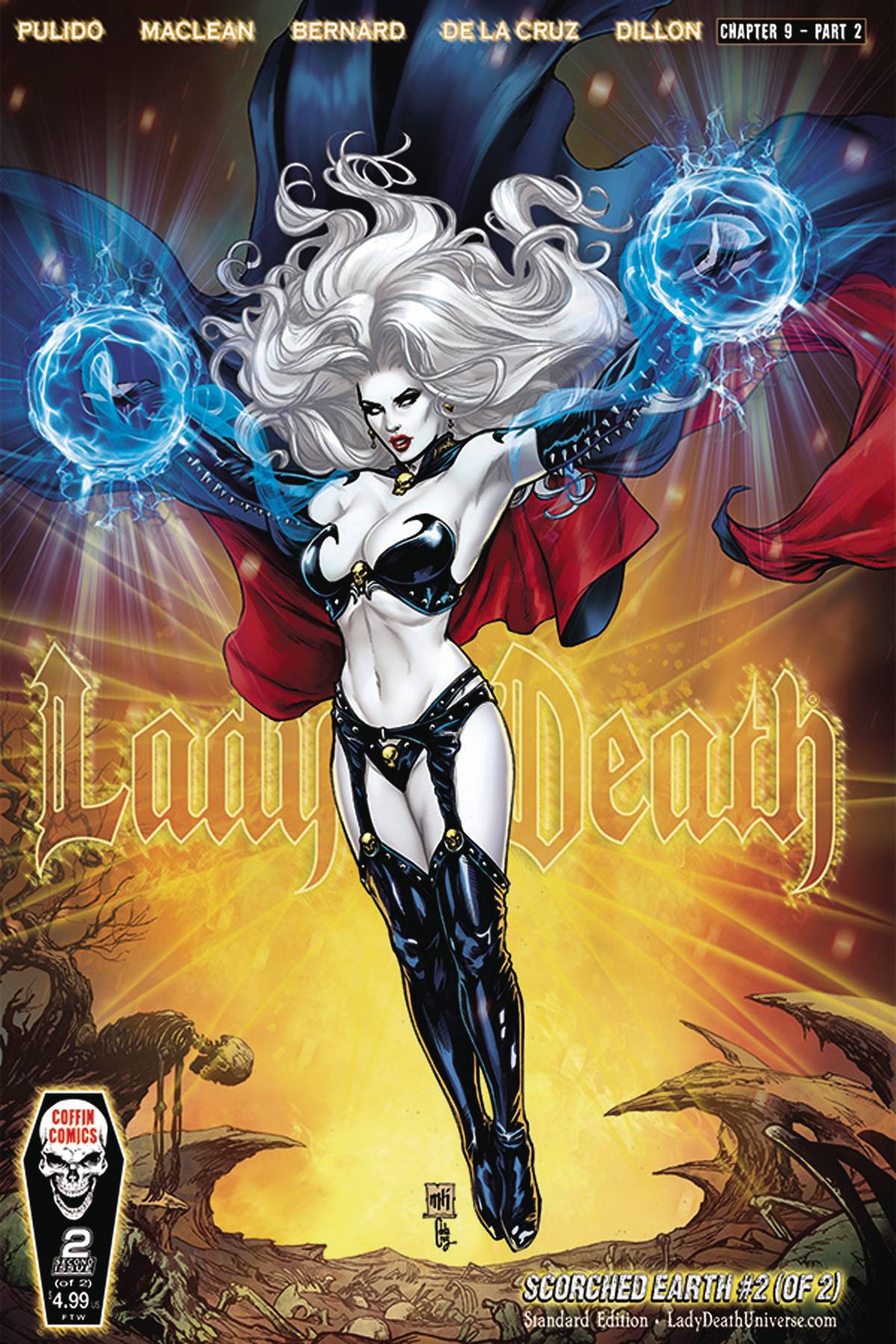 #
JUL201123
(W) Brian Pulido, Mike MacLean (A) Diego Bernard (CA) Mike Krome
Twenty years ago, the earth as we know it was irrevocably changed in the aftermath of Lady Death's epic battle with Atrocity, The Mother of Abominations. A major city was laid to waste, and though she saved the day, Lady Death was labeled a global threat. And then - Lady Death disappeared.     Set against this backdrop, and with the extinction level villainy of The Trinity threatening humanity, Lady Death returns to present day earth. Will she be seen as friend or foe? Is she humanity's salvation or destruction?
In Shops: TBD
SRP: $4.99
View All Items In This Series