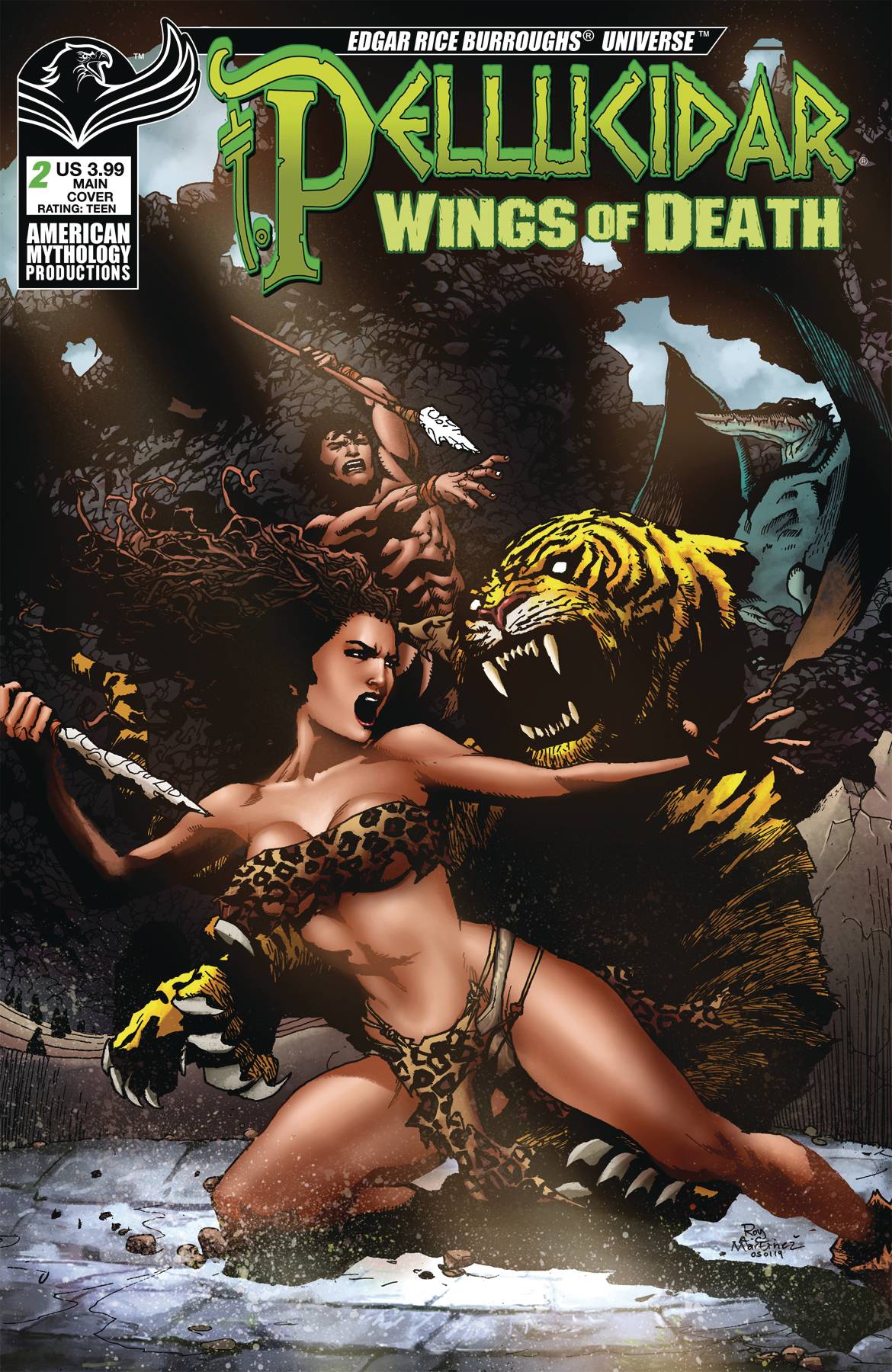 #
JUL201036
(W) Mike Wolfer (A) Vincenzo Carratu (CA) Roy Allen Martinez
All-out war is about to be declared at the center of the Earth, and Dian the Beautiful and Tanar are thrust right into the middle of it! Captured by the gorilla-like Sagoths, Dian is imprisoned and awaits her death sentence from the Mahars, the pterosaurian rulers of Pellucidar. Meanwhile, Tanar and a surprise guest-star mount a quest into the Mahars' underground city in search of both Dian and a hunting party of Horibs, the lizard-men who seek to overthrow the Mahars' rule. And lurking in the shadows is a resident of far-off Caspak (The Land That Time Forgot), but is he in Pellucidar to save Dian as he claims, or is there an ulterior motive behind the actions of the nightmarish, winged Wieroo? The second issue in a blockbuster, three-issue mini-series that brings together three of the greatest worlds of sci-fi adventure in the Edgar Rice Burroughs Universe! Pellucidar Wings of Death #2 comes with three covers - Main by Roy Allan Martinez, Variant by Vincenzo Carratu, and a 350-copy limited-edition Virgin Art cover also by Martinez.
In Shops: Aug 12, 2020
SRP: $3.99
View All Items In This Series