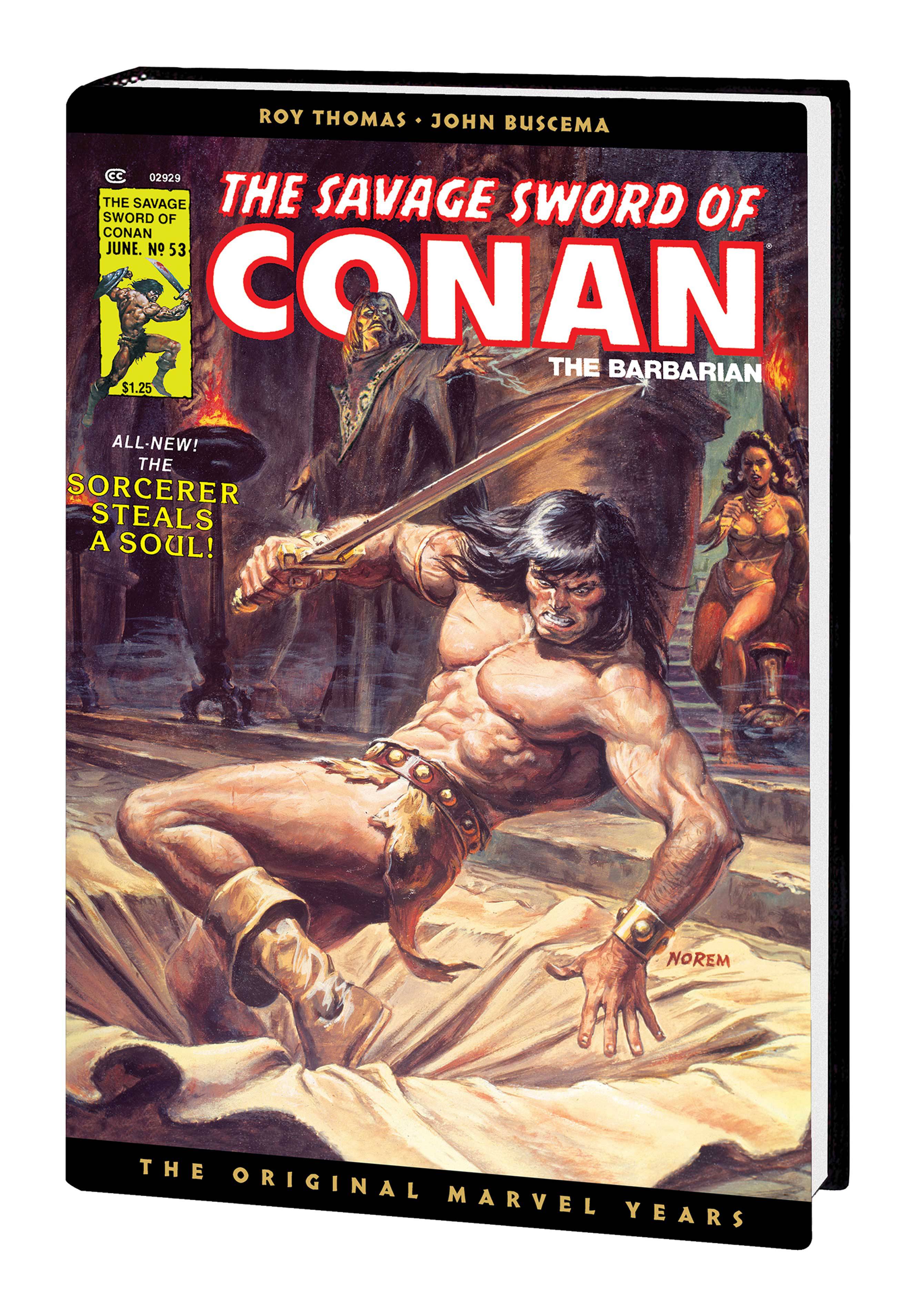 #
JUL200680
(W) Roy Thomas, Don Glut (A) John Buscema, More (CA) Earl Norem
Conan returns for another massive Omnibus collection! The barbarian wields his savage sword against a massive winged monster that guards a tower holding a weather-controlling gem - then finds himself surrounded by an army of Picts with their own witch doctor protector! In "The Treasure of Tranicos," Conan matches wits with a band of pirates who'd rather kill one another than share any of the loot - all while the wicked Thoth-Amon stalks them from the shadows. And the four-part epic "Conan the Liberator" sees Conan realize his destiny as he raises an army to overthrow the mad King Numedides! Featuring stories by Roy Thomas with stunning art by John Buscema, Gil Kane and more! Collecting SAVAGE SWORD OF CONAN (1974) #45-60.
Mature
In Shops: Jan 06, 2021
SRP: $125.00
View All Items In This Series
ORDER SUBSCRIBE WISH LIST