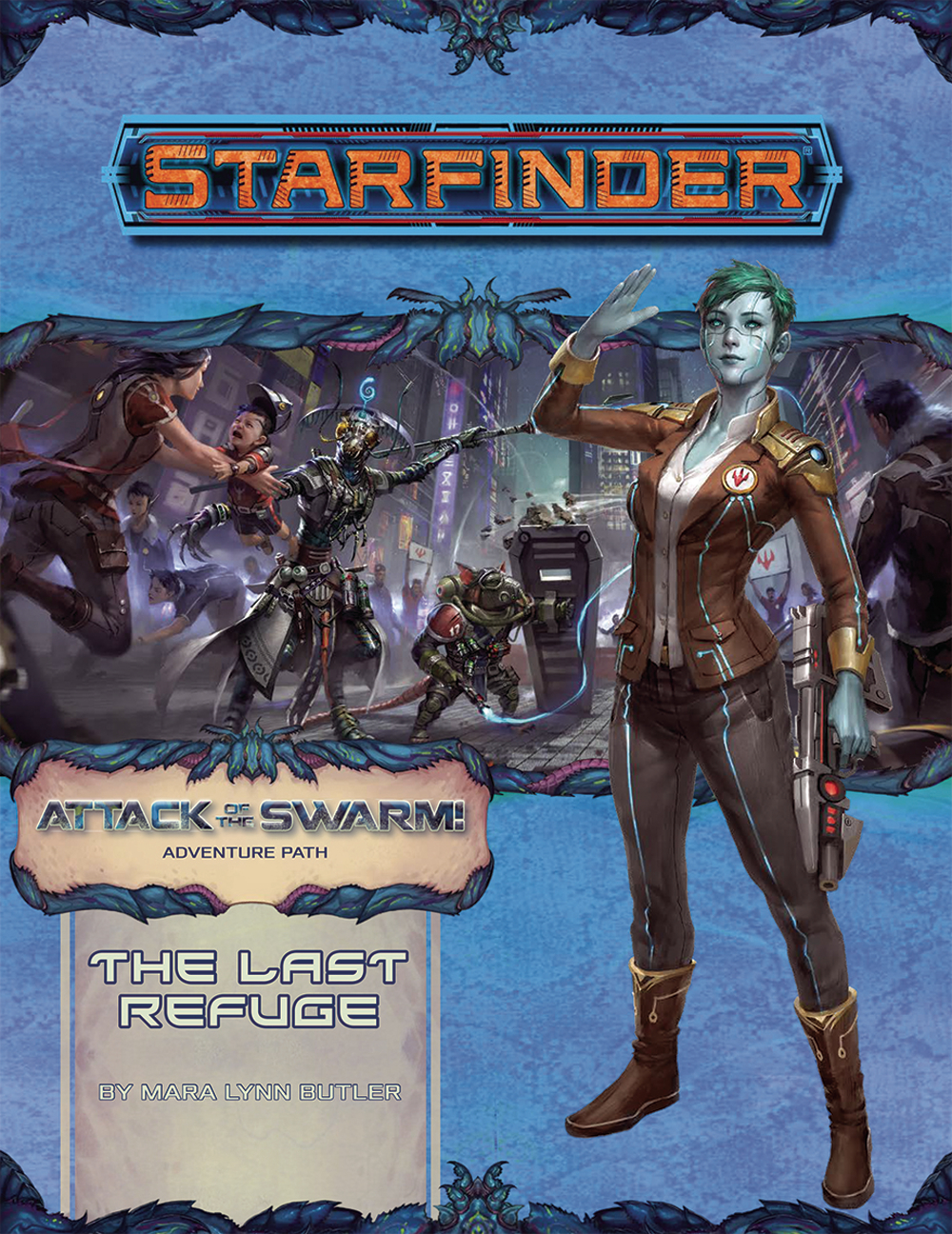 JUL193272
(W) Mara Lynn Butler
Fleeing a world consumed by the ravenous, alien Swarm, the heroes and a handful of desperate survivors limp toward the nearest colony world in a newly acquired starship. After thwarting a mutiny, they reach a large metropolis, where tensions are high. Local fanatics claim the oncoming Swarm is a punishment for the system's sins, disrupting the military's efforts to take in refugees. Worse, a series of caverns below the city that provide the only refuge from inevitable invasion are far from unoccupied, and must be cleared out before time runs out! The Last Refuge is a Starfinder Roleplaying Game adventure for four 3rd-level characters.
In Shops: Oct 02, 2019
SRP: $22.99