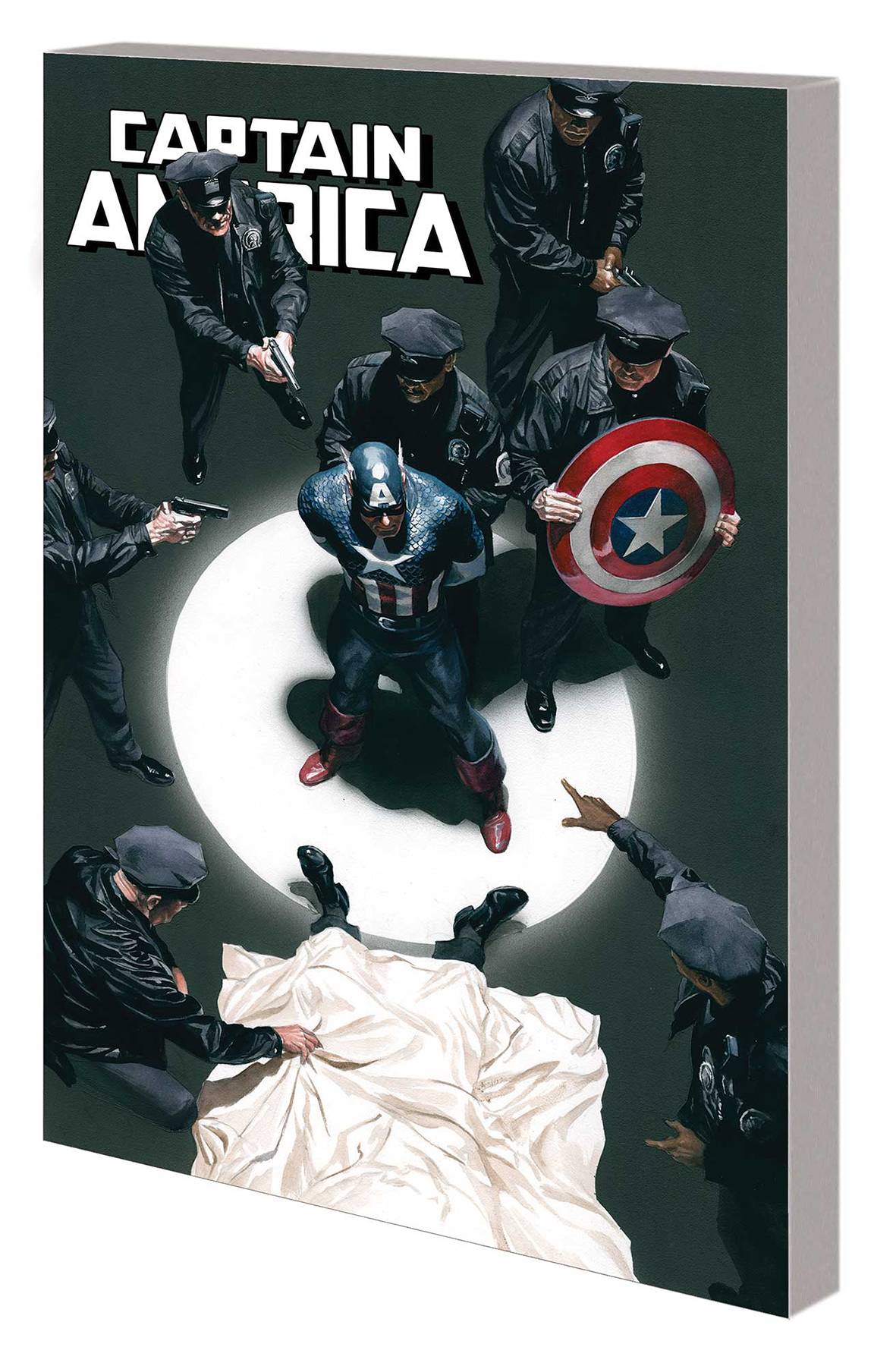 #
JUL191107
(W) Ta-Nehisi Coates (A) Adam Kubert (CA) Alex Ross
Captain America - wanted for murder! Accused and in custody, Steve Rogers has become a captain of nothing. With no costume, with no shield, and trapped behind bars with a thousand villains and killers who'd like nothing more than to see him dead, Steve fights back - and he can do it all day! But as the Power Elite makes its play, who stands with Cap? A prison riot is the best possible cover to break Steve out of confinement, but what if he doesn't want to go? Steve Rogers might end up a fugitive, but that doesn't mean he'll give up the fight to prove his innocence and bring the true murderer to justice. Not by a long shot! It's time for Cap to try a new tactic! Collecting CAPTAIN AMERICA (2018) #7-12.
Rated T+
In Shops: Sep 25, 2019
SRP: $17.99
View All Items In This Series