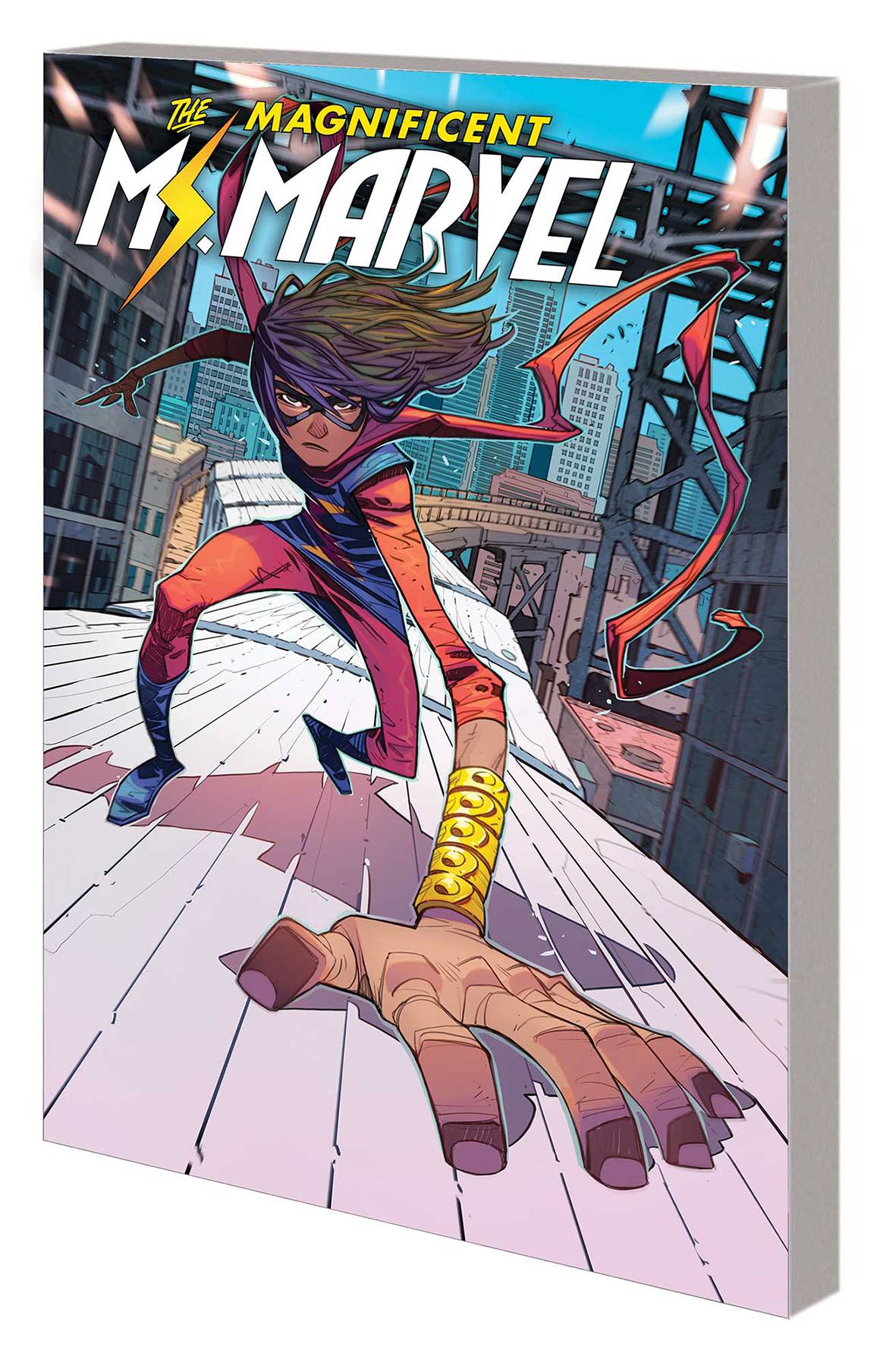 #
JUL191105
(W) Saladin Ahmed (A) Minkyu Jung (CA) Eduard Petrovich
Ms. Marvel is back - and she's magnificent! But there's no such thing as business as usual in Jersey City. Aliens are wreaking havoc in Kamala's corner of the world, and they seem weirdly interested in Ms. Marvel...and her family! Kamala is about to face a devastating loss - but with an alien invasion ravaging her neighborhood, she won't have much time to grieve. Even if Kamala saves her hometown, will her life ever be the same? And what's all this business about a "Chosen One"? Eisner Award winner Saladin Ahmed (BLACK BOLT, EXILES) and rising star Minkyu Jung take the reins of one of Marvel's most beloved young characters for the shocking start of an all-new era! Guest-starring the Invincible Iron Man! Collecting MAGNIFICENT MS. MARVEL #1-6.
Rated T+
In Shops: Oct 16, 2019
SRP: $17.99
View All Items In This Series