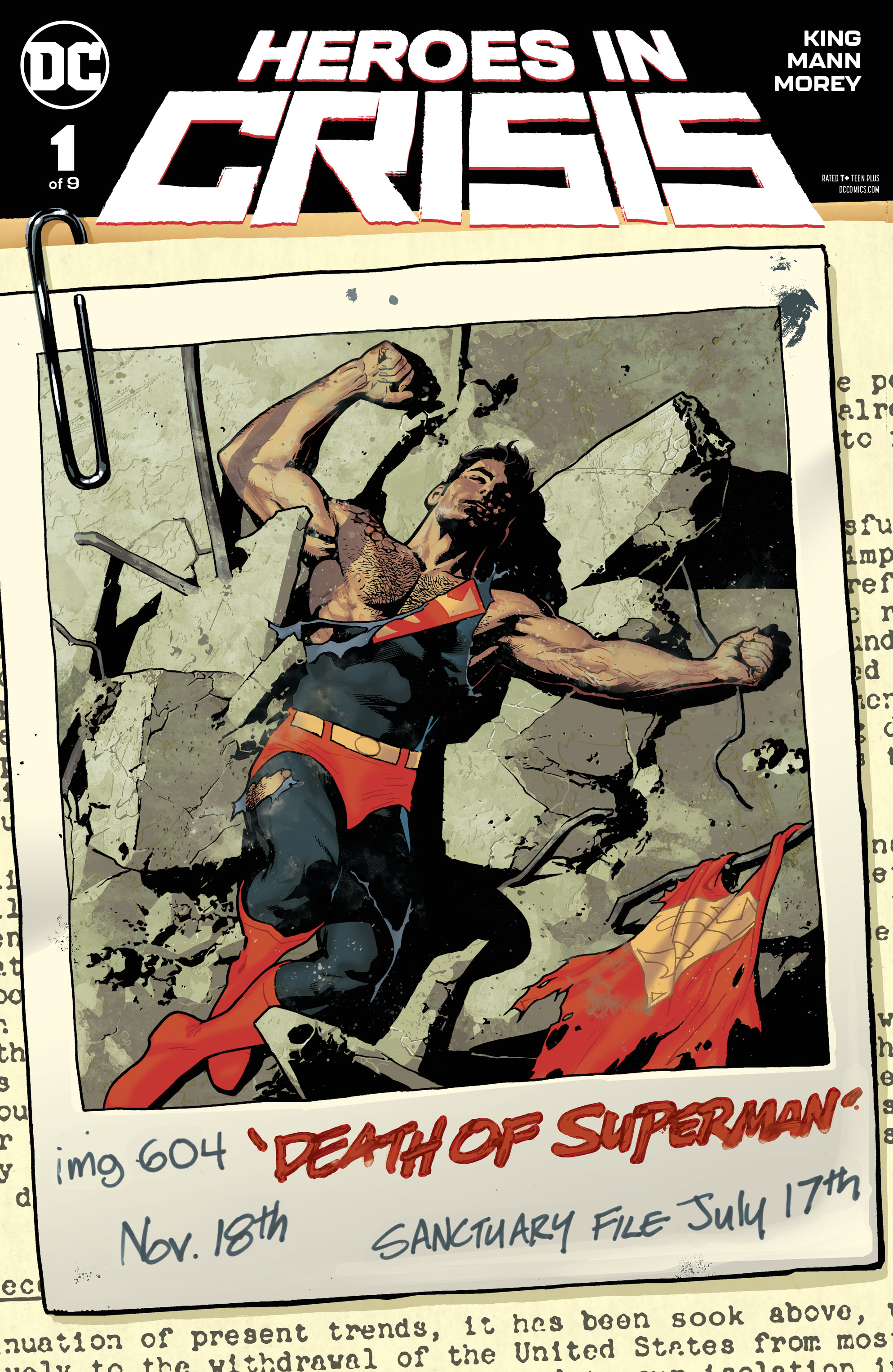 JUL188639
(W) Tom King (A) Clay Mann (CA) Ryan Sook
There's a new kind of crisis threatening the heroes of the DC Universe, ripped from real-world headlines by C.I.A.-operative-turned-comics-writer Tom King: How does a superhero handle PTSD? Welcome to Sanctuary, an ultra-secret hospital for superheroes who've been
traumatized by crime-fighting and cosmic combat. But something goes inexplicably wrong when many patients wind up dead, with two well-known operators as the prime suspects:
Harley Quinn and Booster Gold! It's up to the DC Trinity of Superman, Wonder Woman and
Batman to investigate-but can they get the job done in the face of overwhelming opposition?
In Shops: Sep 26, 2018
SRP: $3.99
View All Items In This Series
ORDER SUBSCRIBE WISH LIST