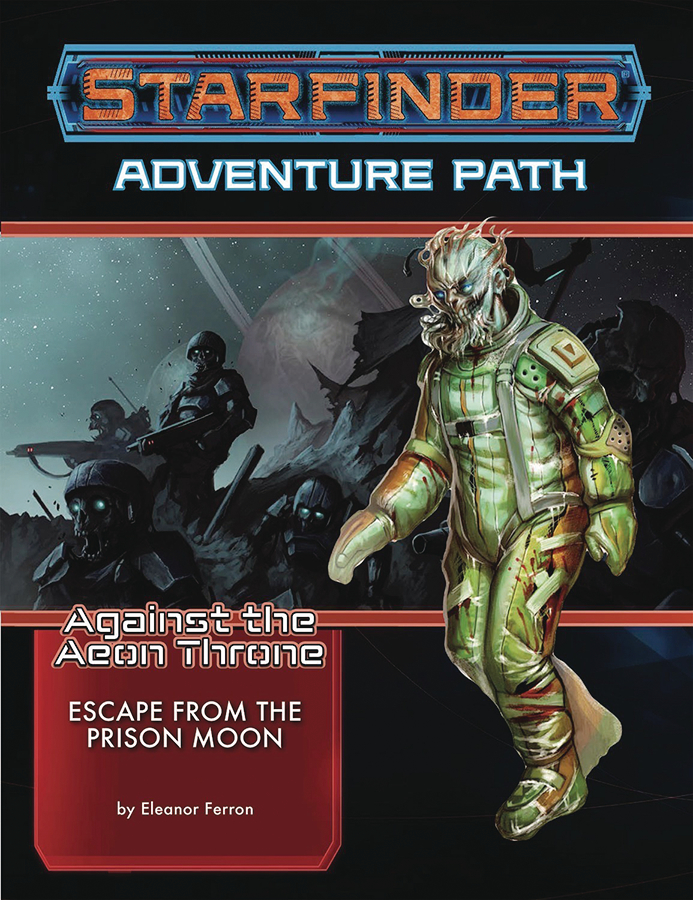 JUL183071
(W) Eleanor Ferron
Deputized by the interstellar police force called the Stewards for freeing a colony from Azlanti occupation, the heroes journey to the Azlanti Star Empire to rescue their captive friend from a well-guarded prison moon. After visiting an outlaw space station nearby, the heroes stage a daring breakout and clash against the penal colony's commandant. But the experimental starship drive is still at large, and the heroes must track it down to prevent the Azlanti from making it operational!
In Shops: Oct 03, 2018
SRP: $22.99