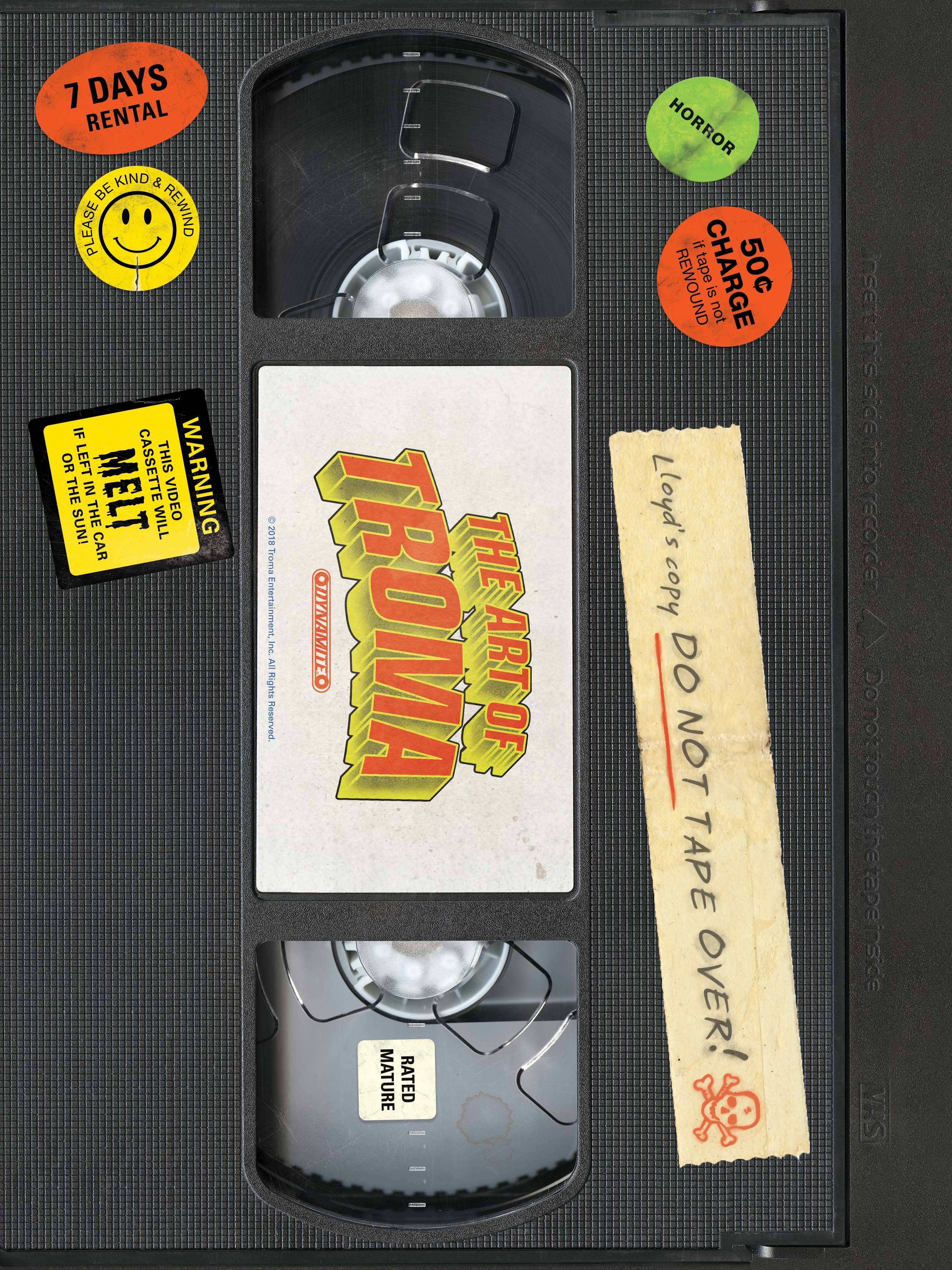 #
JUL181247
(W) Fred Van Lente (A) Various
A celebration of the longest-lasting independent film company that STILL hasn't made a hit!

For over FORTY YEARS, Troma Studios has blazed its own bloody, slime-covered trail, making movies their own damn way! From The Toxic Avenger to The Class Of Nuke 'Em High to Poultrygeist to Tromeo And Juliet, Lloyd Kaufman never compromised, waving his independent freak-flag freely, and helped jumpstart the careers of luminaries such as James Gunn, Trey Parker, Eli Roth, Oliver Stone and countless others! How, you might ask, did a couple of rebels with almost no cash manage to make a library of a THOUSAND films? You'll have to pick up this incredible collection to find out, featuring never-before-seen film stills, rare posters, candid interviews, and buckets and buckets and BUCKETS of fake blood...
In Shops: Oct 10, 2018
SRP: $34.99