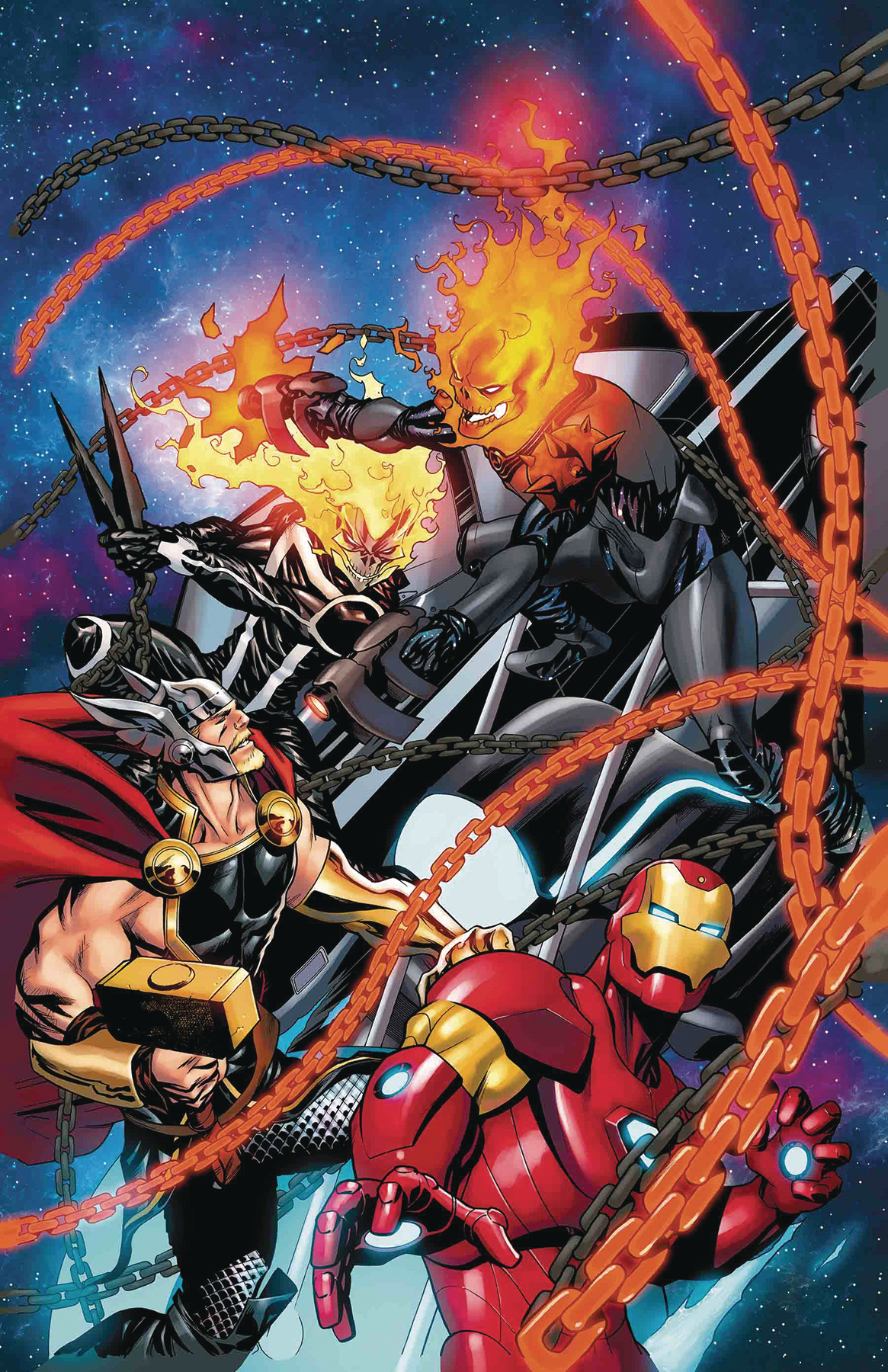 JUL181013
(W) Jason Aaron (A) David Marquez (CA) Mike McKone
"WORLD TOUR" PART ONE
In the aftermath of their world-shaking battle against the Dark Celestials, the new Avengers team is officially formed, complete with a startling new headquarters at the top of the world. Behold the wonders of Avengers Mountain. But someone who doesn't seem impressed is Namor, the ferocious lord of Atlantis, whose rage may turn the oceans red with blood!
Rated T+
In Shops: Sep 19, 2018
SRP: $3.99
View All Items In This Series