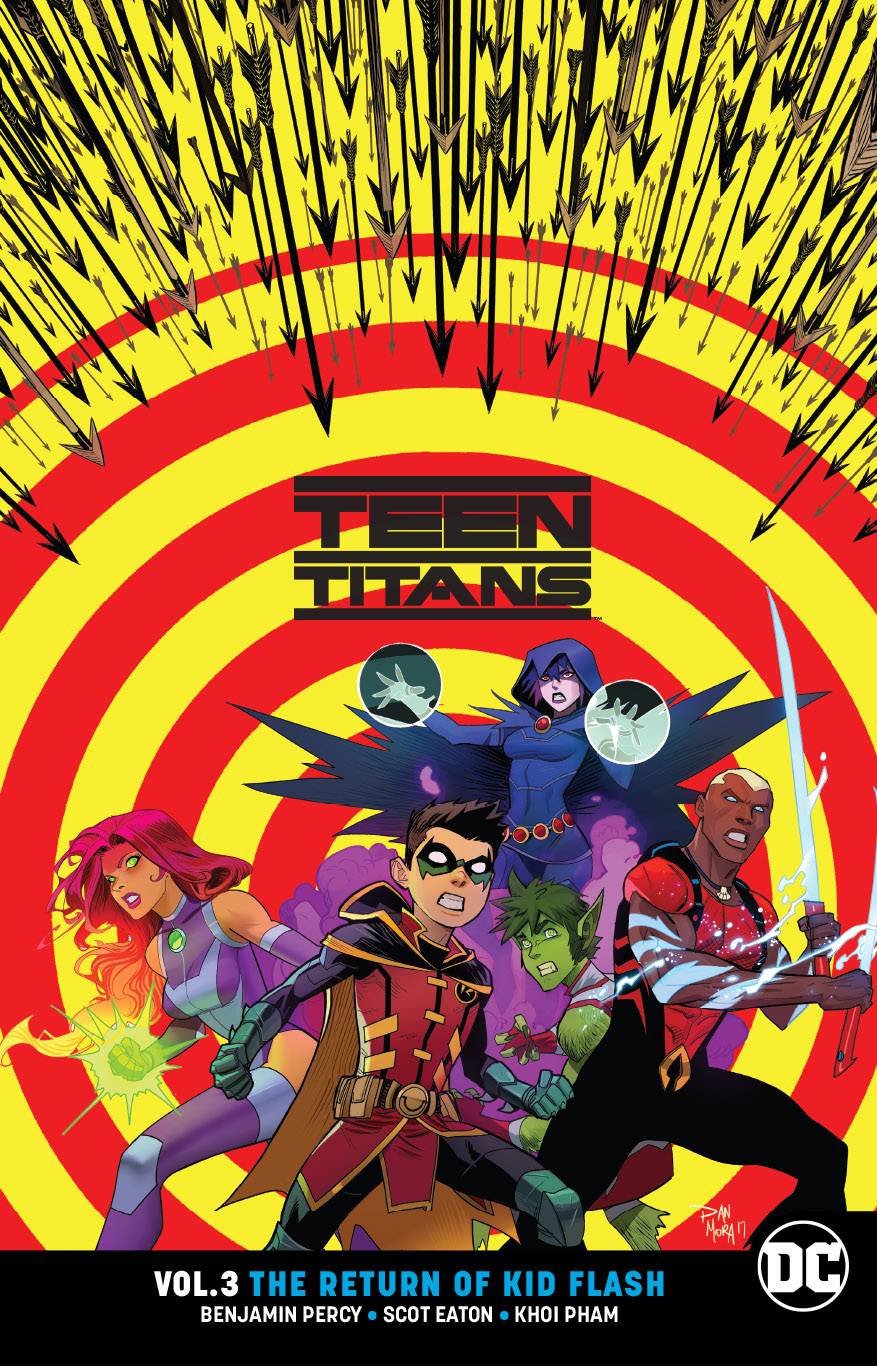 #
JUL180797
(W) Ben Percy, Marv Wolfman, Shea Fontana (A) Khoi Pham, Trevor Scott, Scot Eaton, Tom Derenick, Wayne Faucher, Otto Schmidt, Vicente Cifuentes, Norm Rapmund (CA) Dan Mora
After Robin kicked Kid Flash off the team, the Teen Titans have an open slot in their ranks. Raven, Aqualad, Starfire and Beast Boy wants to give Wally a second chance, but Damian has someone else in mind to fill the vacancy: Green Arrow's half-sister, Emiko! Will the Red Arrow prove her worth or prove to be Damian's undoing? Plus, Beast Boy's suspicious new employer leads the team into danger! Collects TEEN TITANS #13-14, #16-19 and a story from DC HOLIDAY SPECIAL 2017.
In Shops: Oct 03, 2018
SRP: $16.99
View All Items In This Series
ORDER WISH LIST