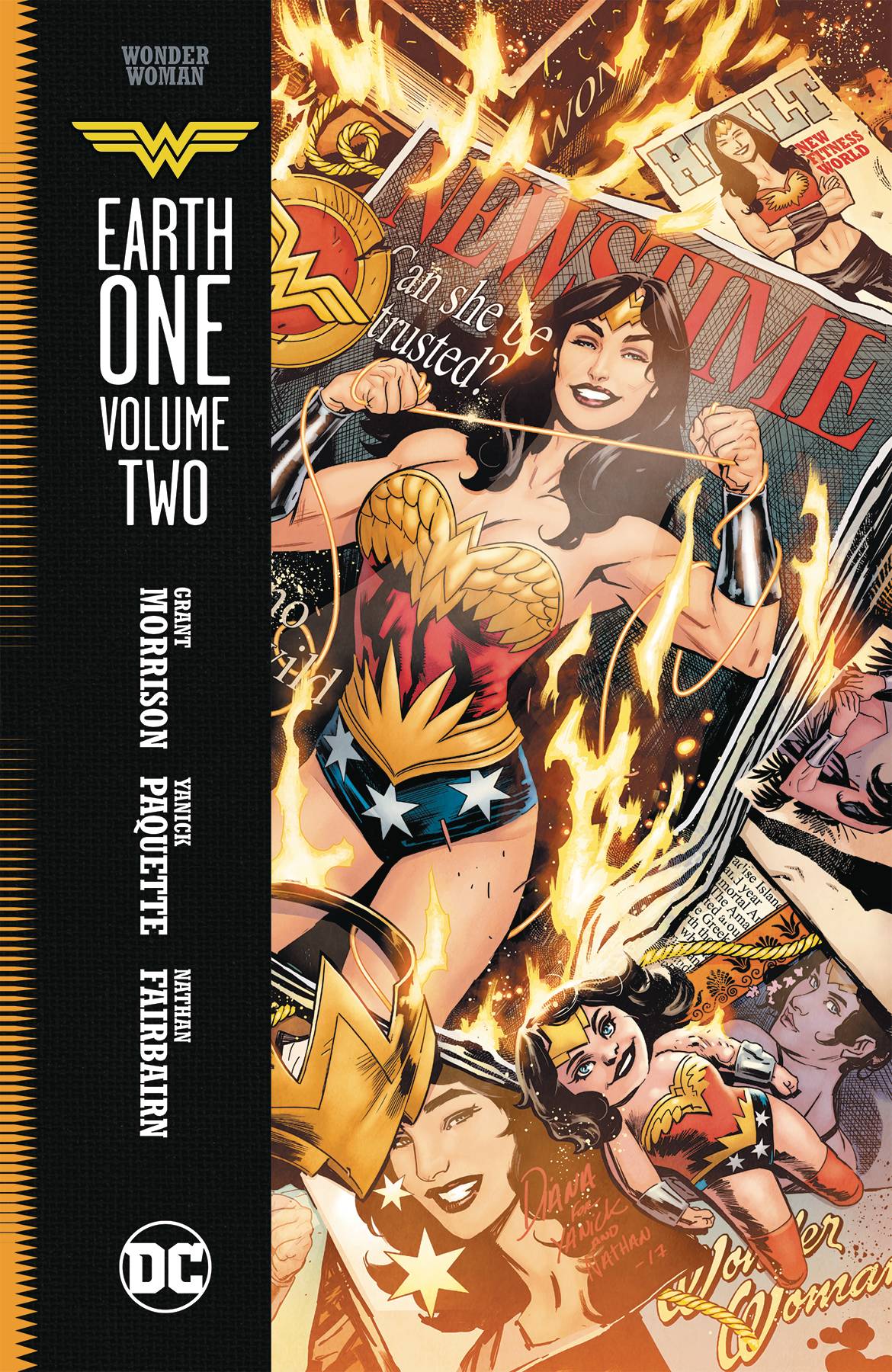 #
JUL180591
(W) Grant Morrison (A/CA) Yanick Paquette
For years, Diana of Paradise Island yearned to leave the only home she knew behind for adventures that laid beyond its shores. Now, after a fateful meeting with Air Force pilot Steve Trevor, the Amazon Warrior finds herself in Man's World. And she is ready for anything that it may throw at her.
But is the world ready for Wonder Woman? An American government, fraught with dissension and conflicts foreign to Diana, has deemed her a danger to society. How will Wonder Woman carry out her mission of peace and love in a world that can't get out of its own way? That is, unless there are more insidious forces at play...
Don't miss the second volume in the WONDER WOMAN: EARTH ONE original graphic novel series!
In Shops: Oct 03, 2018
SRP: $24.99
View All Items In This Series