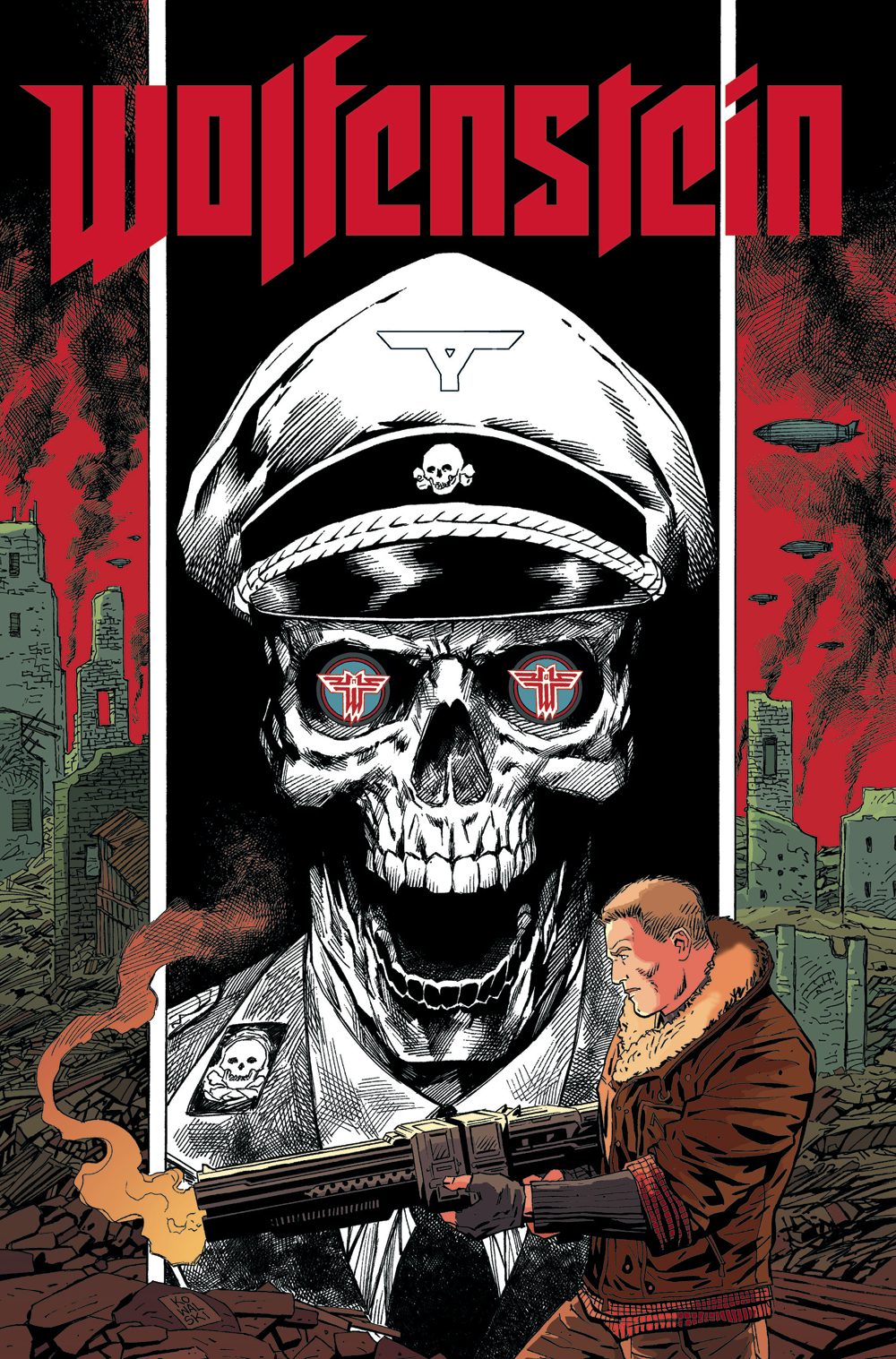 Dive headfirst into the alternate universe of Wolfenstein, a world where the fascist regime won the war thanks to super-advanced killing machines and vicious robot dogs.

B.J. Blazkowicz returns to take on the fascists in this new comic, based on the much beloved gaming franchise.
In Shops: Sep 13, 2017
SRP: $5.99
View All Items In This Series