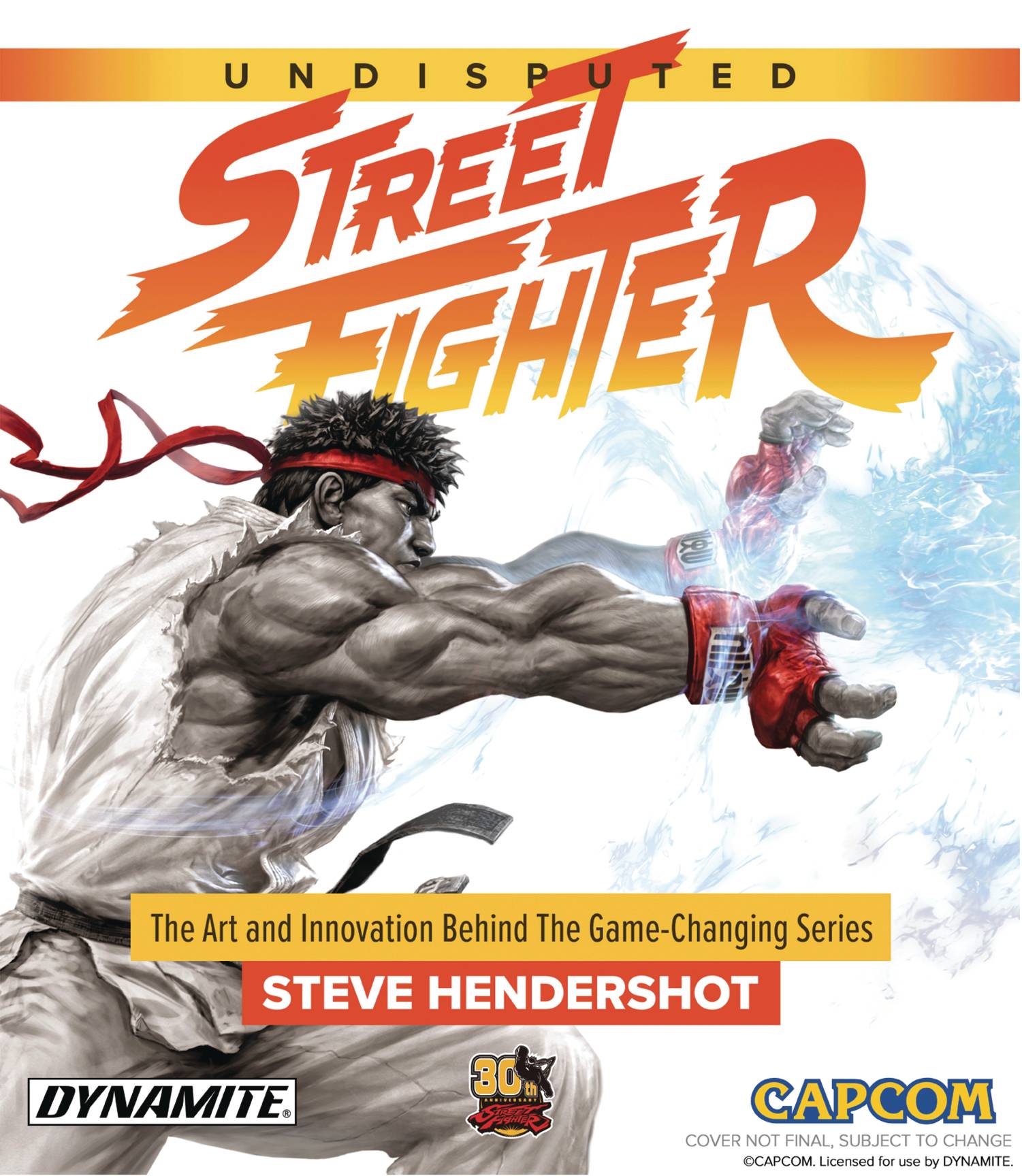 # #
JUL171680
(W) Steve Hendershot, Tim Lapetino (A) Various
Since its inception 30 years ago, the Street Fighter video game series from Capcom has thrived based on a lethal combination of innovation, style and technique. From first-of-their-kind advances such as selectable characters and secret combo moves, to imagination-capturing characters such as Ryu, Chun-Li, and Akuma, Street Fighter has stayed a step ahead of the competition en route to becoming one of the most enduring and influential franchises in video game history. Undisputed Street Fighter features in-depth interviews and exclusive, behind-the-scenes looks into the making of the Street Fighter games, and the iconic art, design, and imagery from across the Street Fighter universe.
In Shops: Nov 15, 2017
SRP: $39.99
ORDER WISH LIST