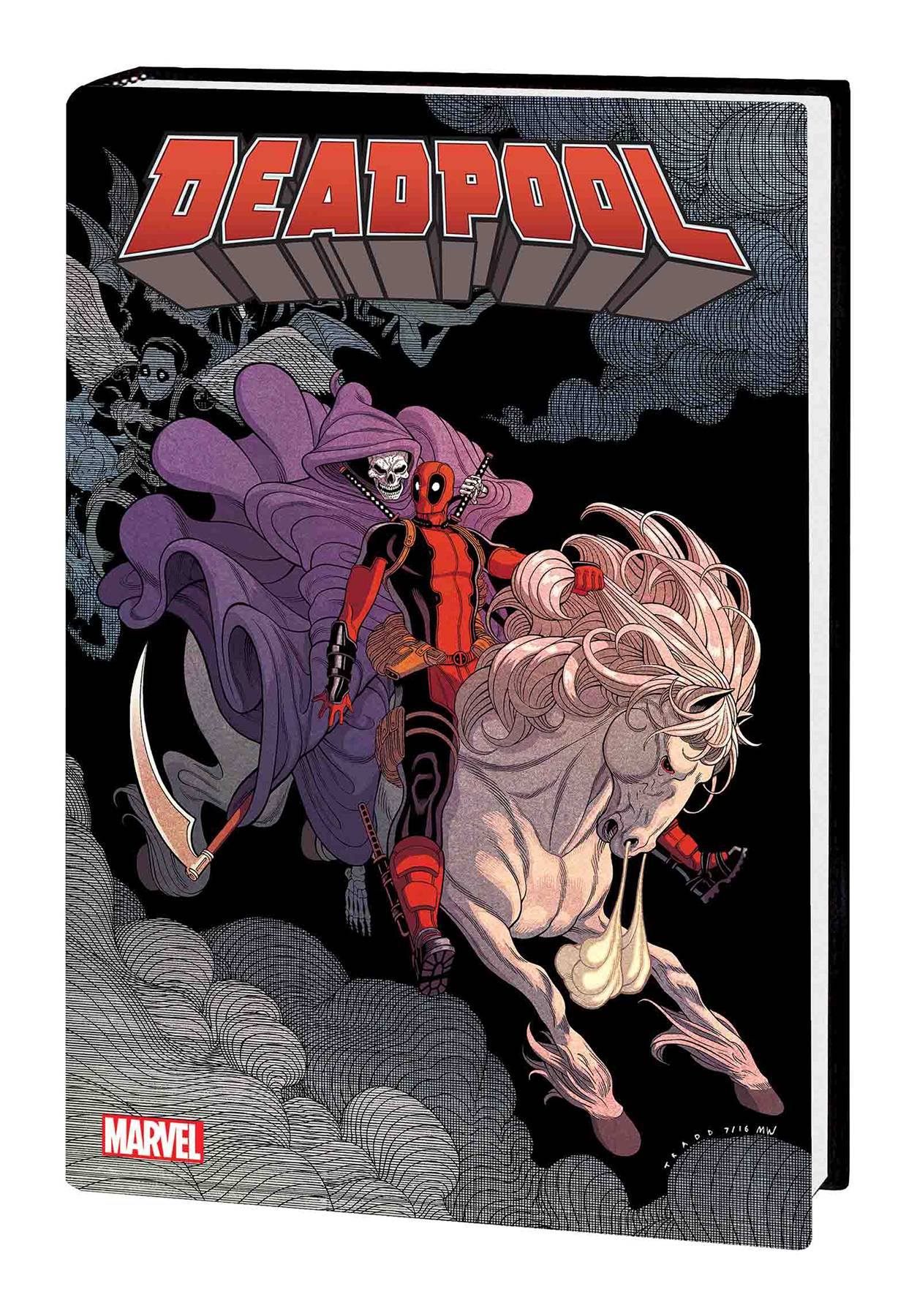 #
JUL171190
(W) Gerry Duggan (A) Mike Hawthorne, Scott Koblish, Matteo Lolli (CA) Tradd Moore
Deadpool and the Mercs for Money are clearly the best and least dysfunctional super-group in the Marvel Universe. Until CIVIL WAR II breaks out, and everything falls apart! Brace yourself, True Believer, you're about to find out what made Wade Wilson the world's most popular hero! But when the former voice inside DP's head known as Madcap returns with a mad-on for revenge, he may just have found a way to kill Wade once and for all - or do something even worse! As the noose tightens, Deadpool will take matters into his own hands - but would he deal with the devil to save a loved one? Plus: In the far-off future, Wade's two daughters fight for the right to be Deadpool 2099! Whatever the era, it ain't easy being Deadpool! Collecting DEADPOOL (2015) #14-20, #21 (A STORY) and #22-25.
Parental Advisory
In Shops: Jan 03, 2018
SRP: $34.99
View All Items In This Series