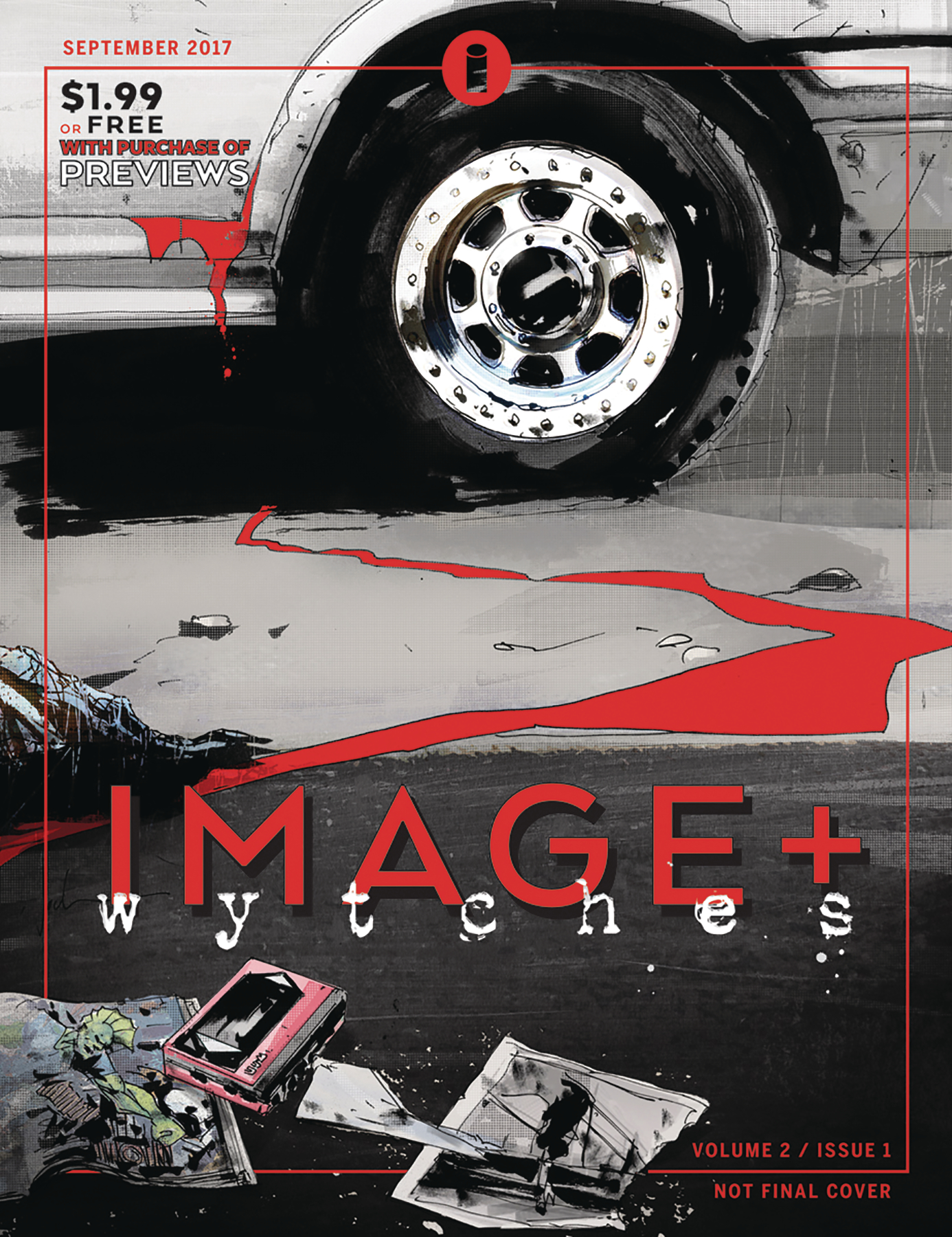 JUL170807
(W) Scott Snyder (A) Jock
Volume two of the Diamond Gem Award-winning comics magazine IMAGE+ begins now! Fans have been eagerly awaiting the return of SCOTT SNYDER & JOCK's smash-hit horror series WYTCHES ever since the first season ended on a brutal cliffhanger. Now, they're back with a taste for the upcoming second season of the series by serializing what happens next in IMAGE+! How did Sailor make it to safety? What has she been doing since? The answers can be found exclusively in IMAGE+ with an extra-sized first chapter this issue.
In addition to the return of WYTCHES, IMAGE+ is now a hefty 80 PAGES at no additional cost, meaning more room for longer, more fascinating interviews, exciting previews, and in-depth features on comics, creators, cosplay, conventions, and comics culture. IMAGE+ remains your number one source for news and information about Image Comics, and now's the perfect time to get in on the ground floor. Even better yet, beginning with this issue, IMAGE+ will once again be available for the low, low price of FREE for anyone already purchasing a copy of Diamond's Previews
In Shops: Aug 30, 2017
SRP: $1.99
View All Items In This Series
ORDER WISH LIST