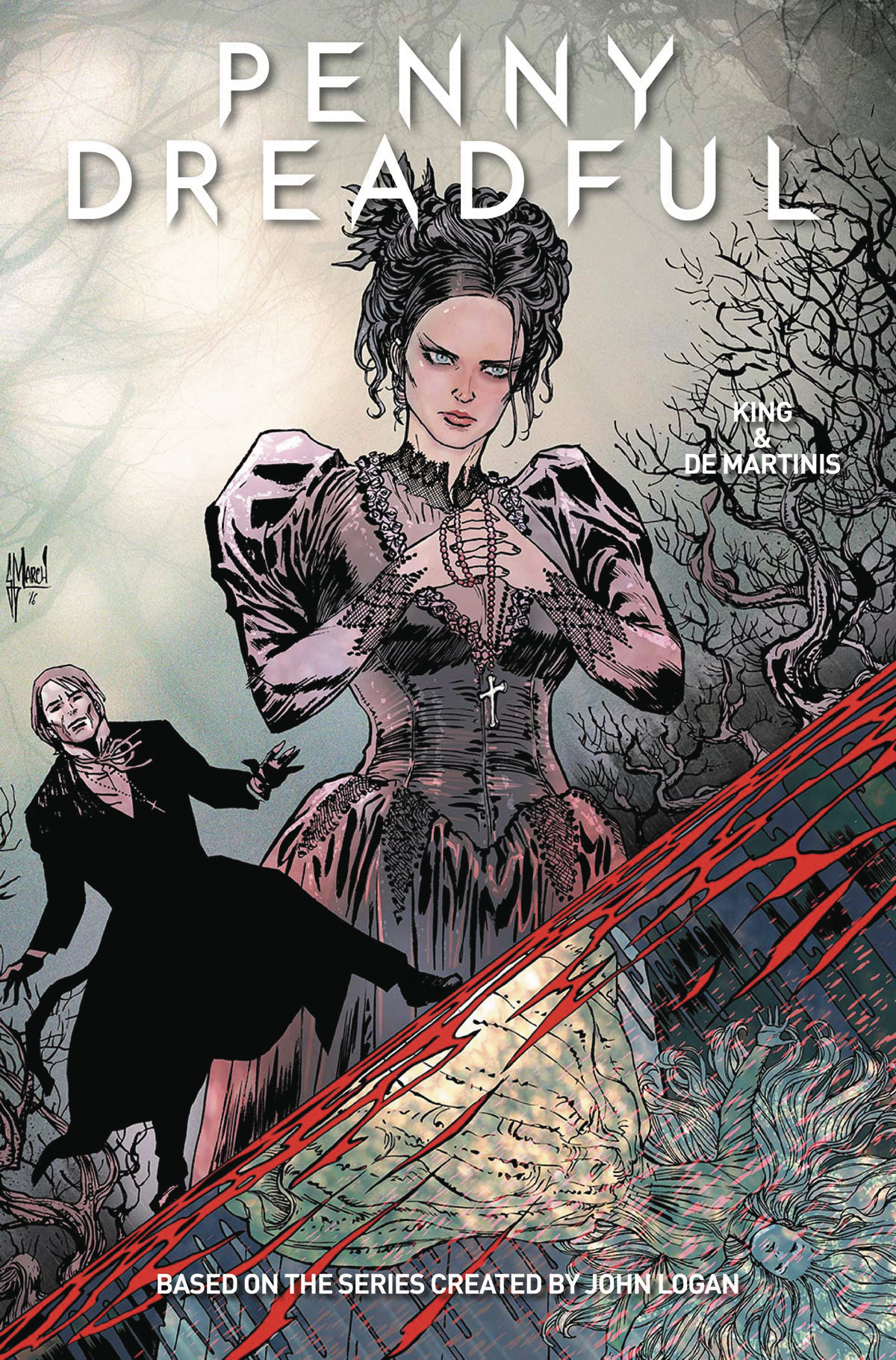 JUL161945
(W) Chris King, Krysty Wilson-Cairns, Andrew Hinderaker (A) Louie De Martinis (CA) Guillem March
Harker has fallen under the spell of the Master, but Vanessa can see the benefit of such a fate. She implores Harker to lead them to their prey, in the hope that Mina will reveal herself, and his footsteps take them to the bloody opium den - and into a horrifying trap!
In Shops: Oct 19, 2016
SRP: $3.99
View All Items In This Series
ORDER WISH LIST