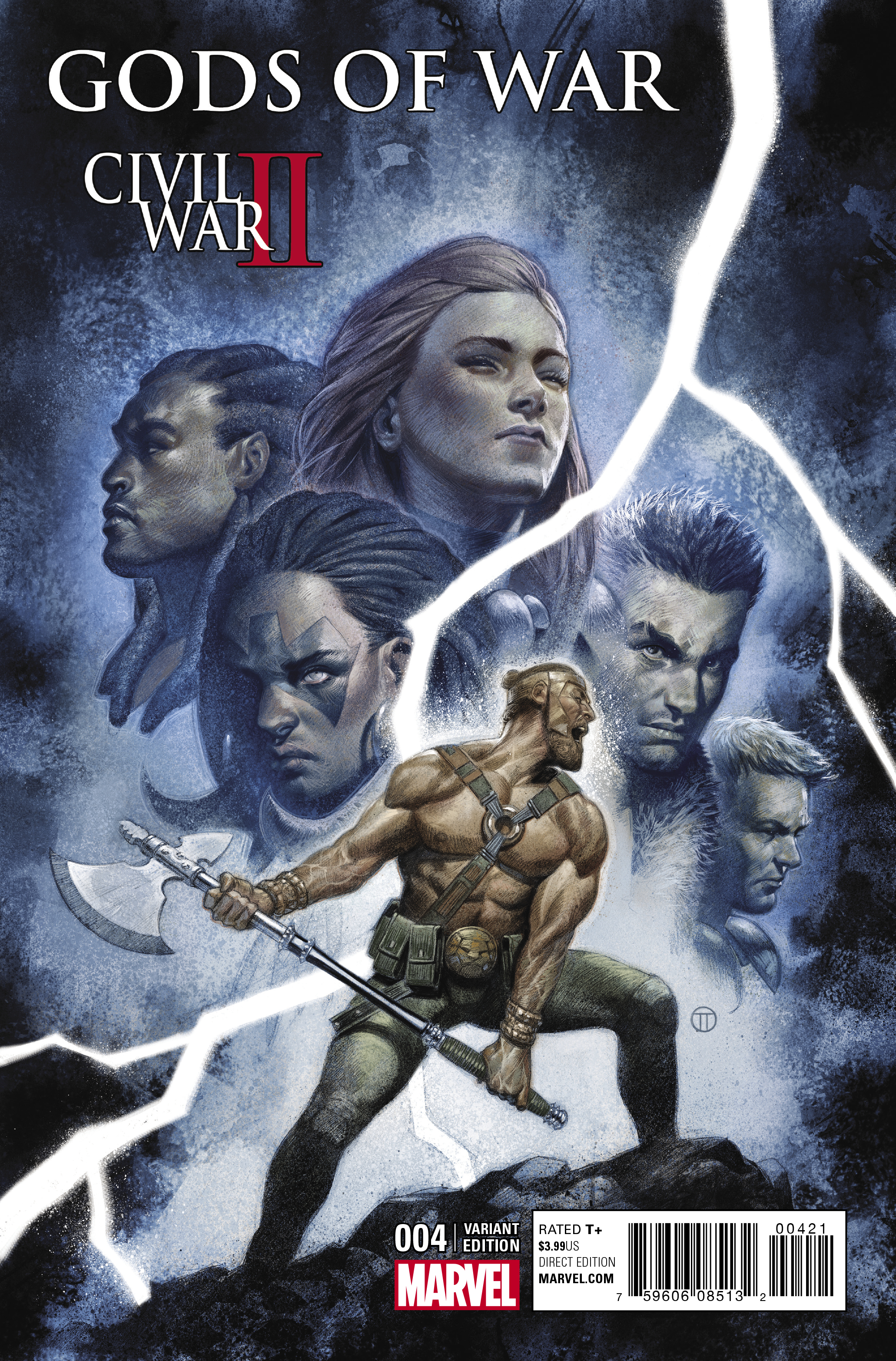 JUL160899
(W) Dan Abnett (A) Emilio Laiso (CA) Julian Totino Tedesco
THE FINAL CHAPTER OF THE GODS OF WAR!
•  With the world locked in Civil War, HERCULES and the GODS OF WAR face down a catastrophic threat that the other heroes of the Marvel Universe are blind to.
•  Can they prevail alone against the wrath of a new race of gods?
•  Or has the Civil War provided the Uprising Storm with the perfect opportunity to master the world and change it forever?
Rated T+
In Shops: Sep 14, 2016
SRP: $3.99
View All Items In This Series