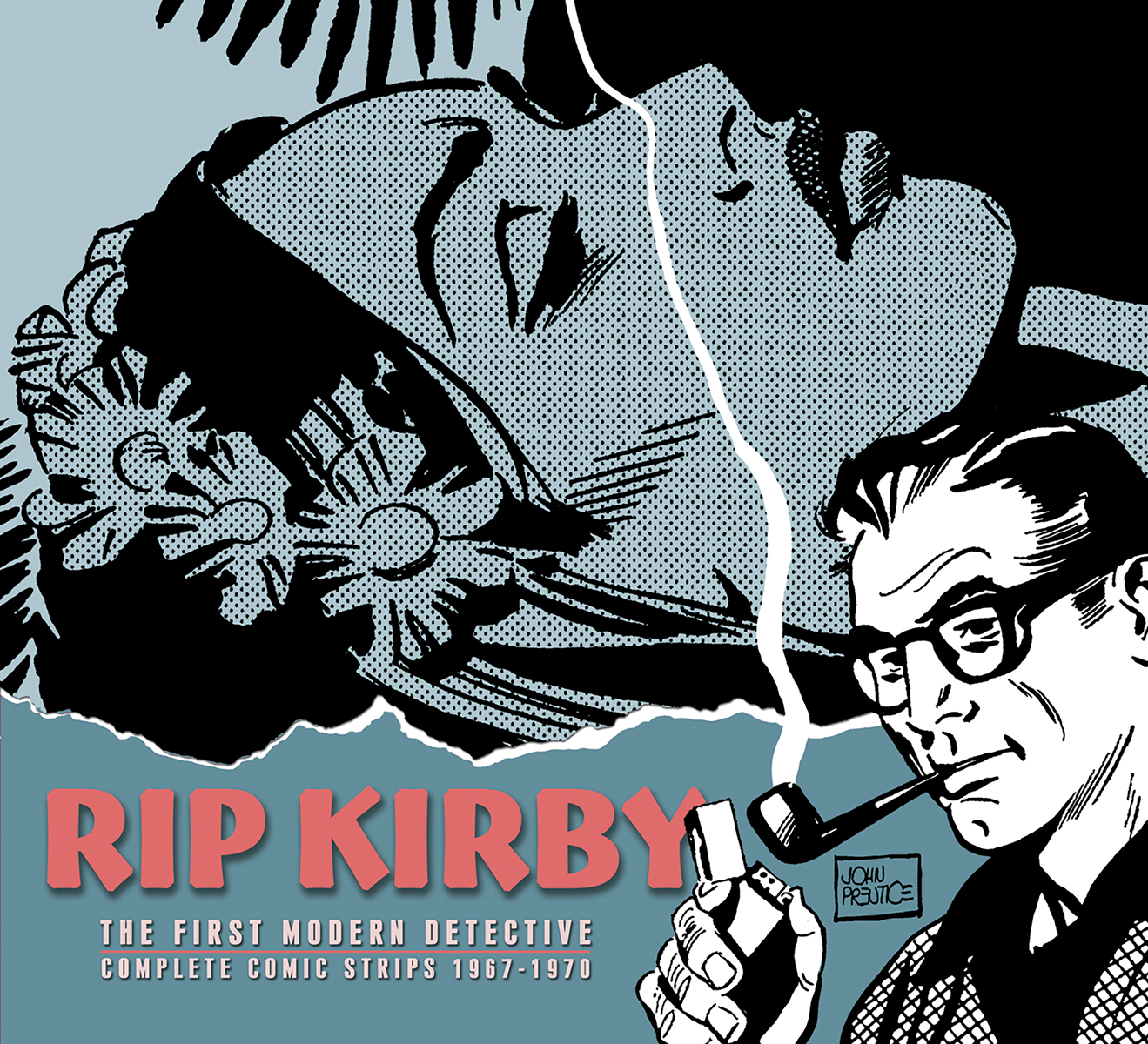 JUL160656
(W) Fred Dickenson (A) John Prentice
John Prentice won the National Cartoonists Society award for "Best Story Strip Cartoonist" in 1967, proving that the adventure strip could still capture the public's imagination. Similarly, Rip Kirby, that debonair gentleman detective, proved that style and class still counted among the sexy jet-set. In these nine complete stories, Rip must prevent Mr. Monarch from selling a super-secret missile defense system to the highest bidder, tries to keep "The Shark" from stealing nearly a quarter million dollars, is hired protect a gorgeous movie star from kidnapping, and in a bizarre twist, faithful Desmond is hypnotized into reverting to his former occupation as safecracker, with Rip as his victim. The strips are reproduced from the original King Features Syndicate proofs, insuring that every daily will look even better than when it was first published in newspapers over fifty years ago. Containing more than 800 sequential comics from July 10, 1967 to April 25, 1970!
In Shops: Oct 05, 2016
SRP: $49.99
View All Items In This Series