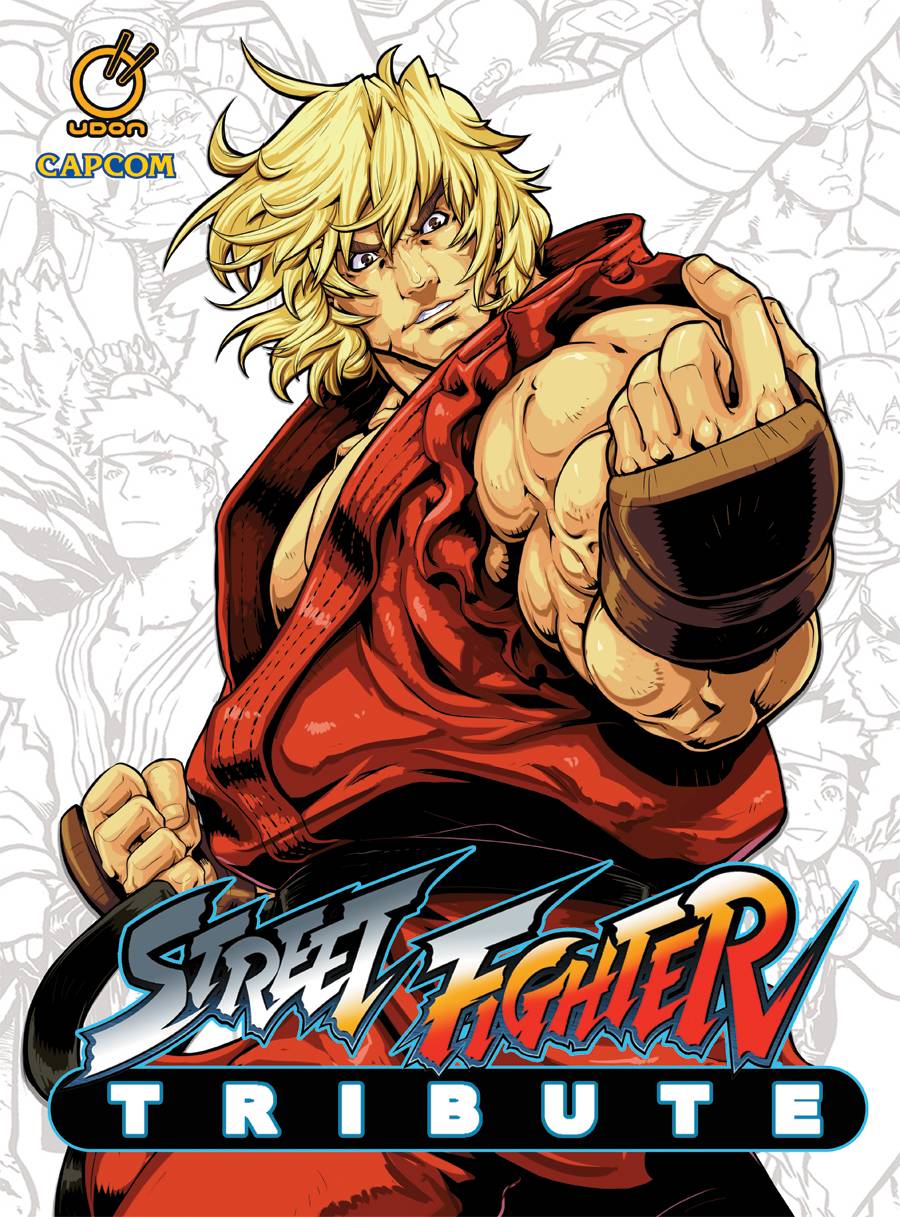 #
JUL151645
Fine art meets martial arts! It's been 20 years since legendary video game developer Capcom unleashed Street Fighter upon an unsuspecting gaming public. Since then the game has become a worldwide phenomenon, with the 'fighting game' genre now a staple of the video game industry and dozens of memorable Street Fighter characters entering the realm of pop culture.

UDON Entertainment's Street Fighter Tribute is a special volume of original illustrations from artists all around the globe, professionals and fans alike, commemorating the 20th anniversary of the Street Fighter franchise. Inside are over 200 brand-new pieces portraying the Street Fighter cast in a dizzying array of styles and designs, from ultra-rendered realistic paintings through to abstract and iconic. This is a video game art gallery in a book, bursting with inspiration and energy.
In Shops: Nov 04, 2015
SRP: $59.99
ORDER WISH LIST