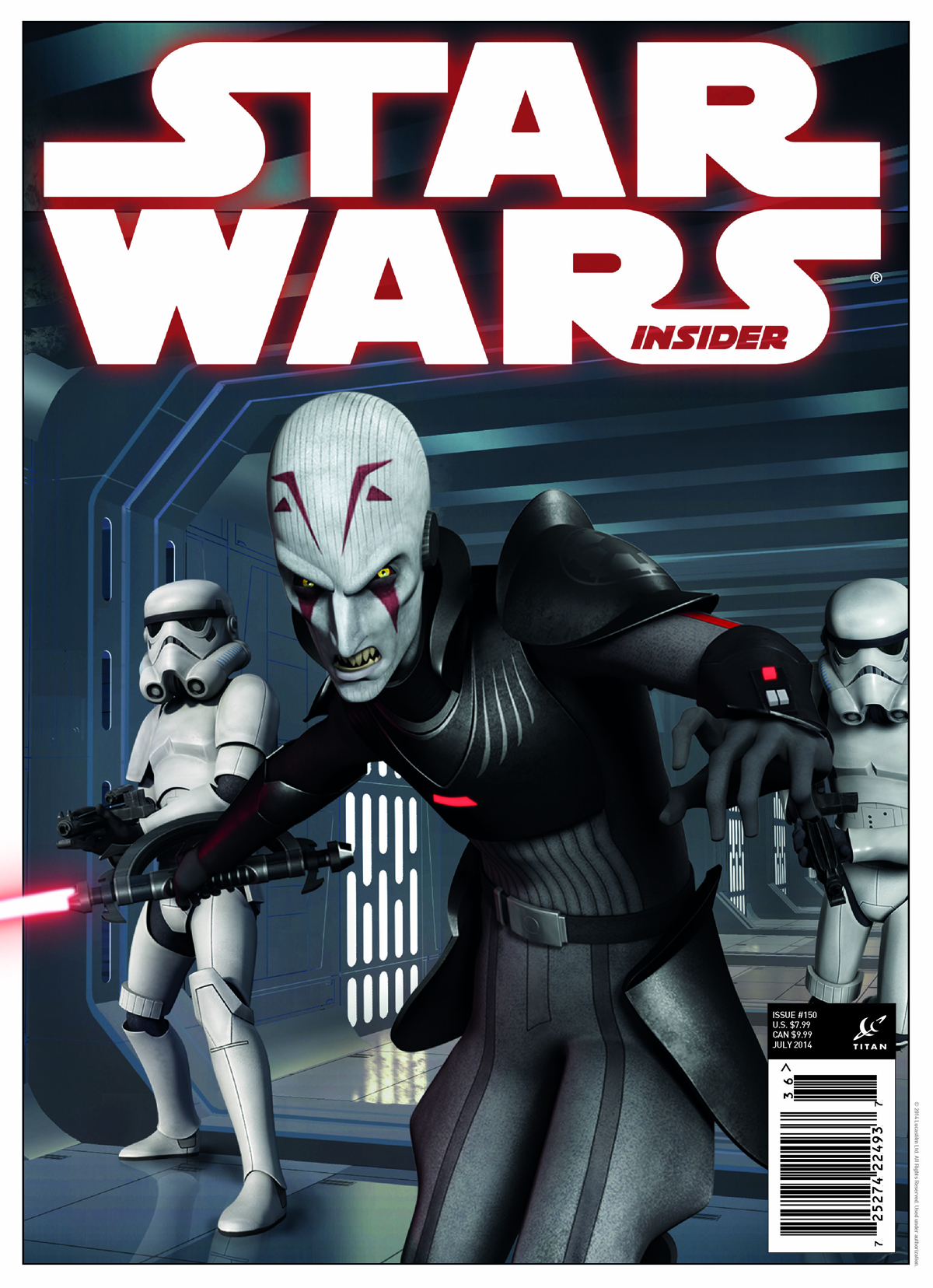 JUL141746
Defy Imperial Tyranny with Star Wars Insider's 100-Page Star Wars Rebels Special Issue - guest-edited by the cast and crew of Star Wars Rebels!  Secrets of the show will be revealed, including first look episode previews, cast and crew interviews, and behind-the-scenes exclusives directly from the makers of the new Star Wars animated series! Plus: Exclusive! A New Dawn - creating the stunning cover art for the Rebels prequel novel; Paul Hirsch, the editor of A New Hope and The Empire Strikes Back on piecing together the action; Episode VII - The latest updates on the new Star Wars movie, and Tales of the Jedi - the making of a comic book classic with previously unseen sketches and rare artwork! Available in Newsstand and Previews Exclusive cover editions!
In Shops: Sep 10, 2014
SRP: $7.99
View All Items In This Series
ORDER SUBSCRIBE WISH LIST