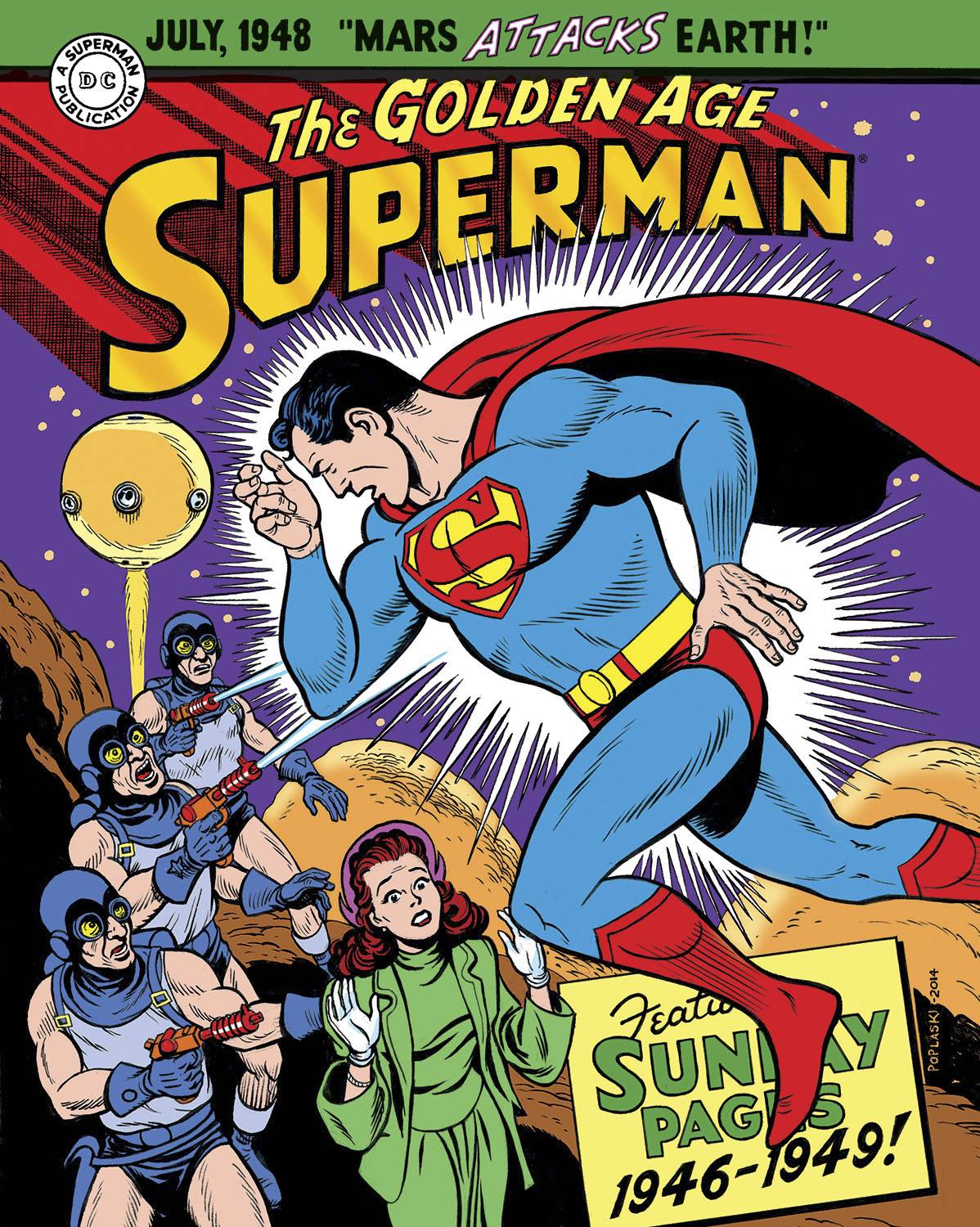 #
JUL140419
(W) Various (A) Various (CA) Peter Poplaski
In a full eighteen adventures, Superman's travels take him around the globe as well as through time and space. The Man of Steel solves the case of the Curiosity Crimes, becomes a rival for Cleopatra's affections in ancient Egypt, is exposed to radiation that turns him into Superbabe, battles a prehistoric animal called a "Paleomatzoball" (!), reprises the "Superman's Service to Servicemen" series with a couple of services for veterans, encounters an ancient civilization in the lost valley of Ru, meets up with Angus the talking dog, and to top it all off, witnesses Lois marrying Clark Kent-or does he?!

Superman was created in 1938 by two ambitious Cleveland youngsters, Joe Shuster and Jerry Siegel. Their defender of the oppressed became an enduring smash sensation in comics, radio, animation, television, and motion pictures. He remains the little guy's White Knight, battling terrestrial and extra-terrestrial menaces and standing for Truth, Justice, and the American Way.
In Shops: Nov 05, 2014
SRP: $49.99