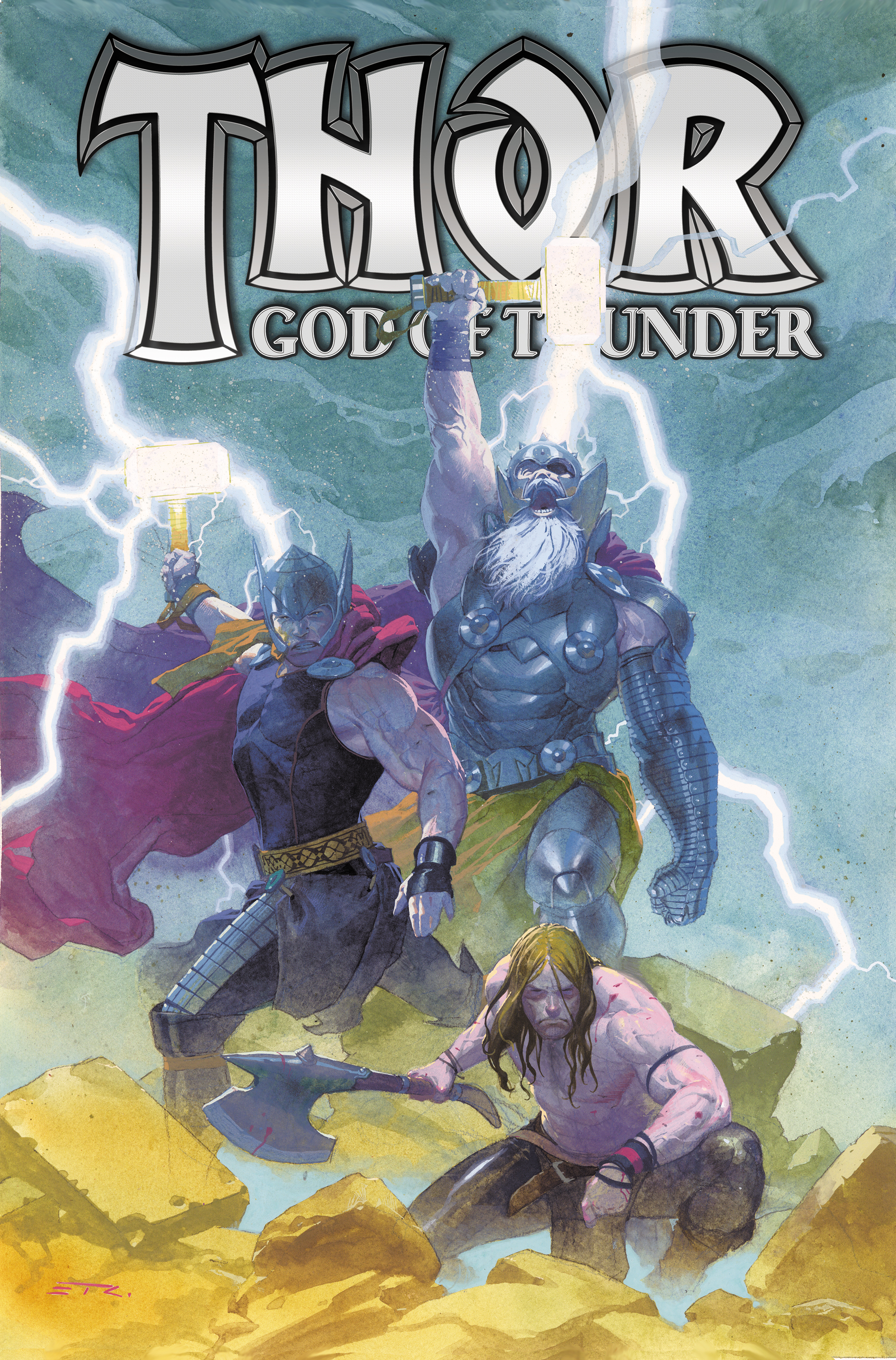 JUL130708
(W) Jason Aaron (A) Butch Guice (A/CA) Esad Ribic
Somewhere at the end of the time, all the gods of the universe are enslaved, working to build a machine that will forever change the face of creation. What is the Godbomb? And what can Thor do to stop it? As Gorr's master plan continues to unfold, all hope for divinity is lost as Thor finds himself in chains alongside his fellow gods. As the dark origin of Gorr is revealed, along with the truth behind his bloody quest to butcher the gods, three time-bending Thors unite to lead an army of slave gods in the fight to save all of divinity. But will it all be for naught as the clock ticks down and the massive Godbomb is triggered at last? And after the dust clears, what will be left of the universe's divinity? Collecting THOR: GOD OF THUNDER #6-11.
In Shops: Oct 09, 2013
SRP: $24.99
View All Items In This Series