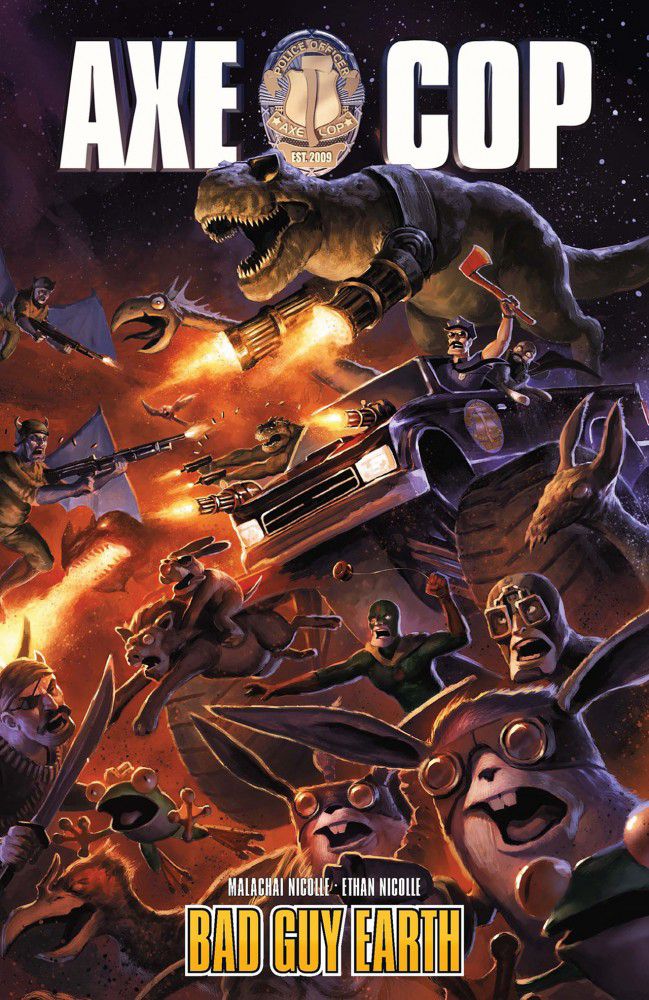 JUL128135
(W) Malachai Nicolle (A/CA) Ethan Nicolle
Comics fans and fancy news blogs aren't the only ones to take notice of Axe Cop; now the so-called "real" police know about him, too. And if there's one thing police don't like, it's a guy with an axe who's better than they are at catching and dispatching bad guys! Now Axe Cop and his partner Dinosaur Soldier are being treated like bad guys, not only by the police, but by the president and the army, too! But when a pair of nasty villains barge in from outer space and turn the army into actual bad guys, who gets the call to set things right? Axe Cop!

* Upon its debut as a webcomic in December of 2009, Axe Cop was hailed by the entertainment press as an instant hit!

* Artist and cocreator Ethan Nicolle was nominated for an Eisner award for his 2008 comic series Chumble Spuzz.