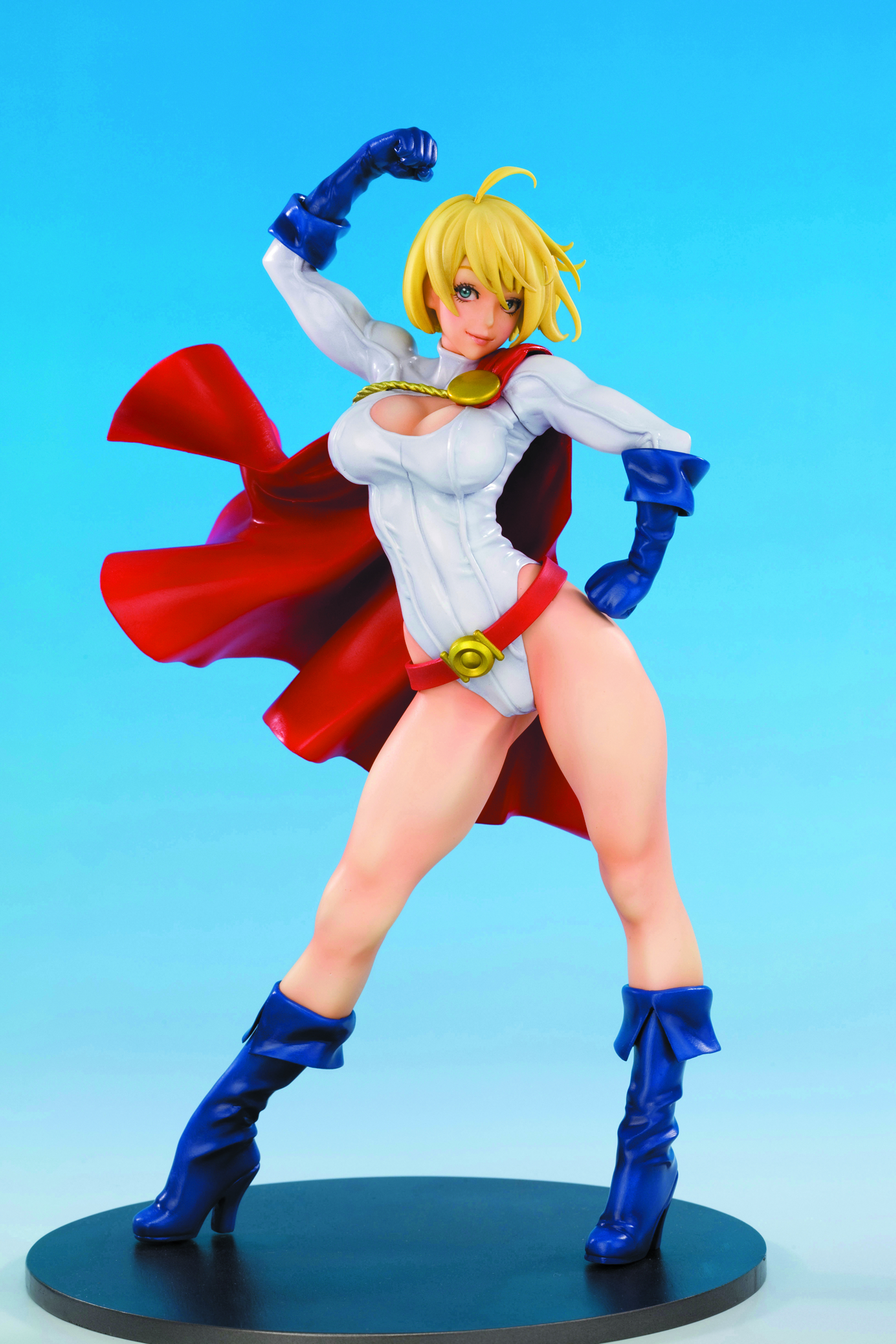 JUL121879
(A) Shunya Yamashita
A KOTOBUKIYA Japanese import!  Coming up next in the DC Comics Bishoujo Collection (combining DC's superheroines and villains with traditional Japanese stylings) is the mighty Kryptonian from Earth Two, POWER GIRL!  First appearing in All Star Comics in 1976, Kara Zor-L was sent to Earth just like her cousin Kal, and she too became a costumed superhero.  Taking the alter ego Karen Starr, Power Girl fought crime and supervillains alongside the Justice Society of America, eventually crossing over to Earth-One.  One of the most popular female characters in comics, and voted among the sexiest, Power Girl finally joins the exclusive ranks of the DC Bishoujo ladies based on an original interpretation by Shunya Yamashita.

Embodying the perfect combination of beauty and strength, Power Girl shows off her muscles and her curves just for you.  With her hip cocked to the side and one fist at her waist, Karen flexes her right arm to show off her biceps in a tough yet silly pose.  Power Girl wears her iconic white, red, and blue costume with all of the details you've come to know and love from the comics; the high cut lower half reveals her long legs and hips while the cut out on her chest emphasizes her ample cleavage!  Kotobukiya's fine craftsmanship is apparent in the heroine's powerful musculature and costume's piping, not to mention the way both her cape and hair float in an unseen breeze.  Of course, no statue would be complete without a Bishoujo-inspired face, and Power Girl's is absolutely adorable as she gives you a big smile!

Standing nearly 9 inches tall (1/7 scale) on an exclusive display base, Power Girl was sculpted by Tsukada Takashi (GILL GILL).  The powerful beauty can't wait for a spot on your shelf, and she's the perfect complement to other DC Comics Bishoujo statues like Supergirl, Batgirl, or the upcoming Huntress!