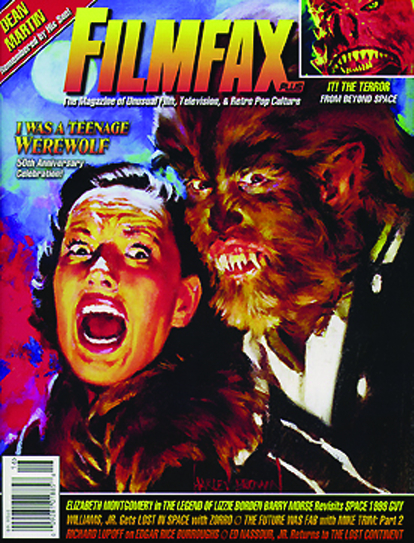 JUL084432
Filmfax is the magazine of film and unusual television. In every issue, you'll find interviews and features on horror, science-fiction, and B-movies from the silent era through the 1970s. Since 1986, Filmfax has been the source for behind-the-scenes stories on classic monster movies, sci-fi, comedy, Westerns, and the golden age of TV. Filmfax also features reviews of the latest releases on video, DVD, and CD from these areas, as well as books, toys, and other cool stuff!