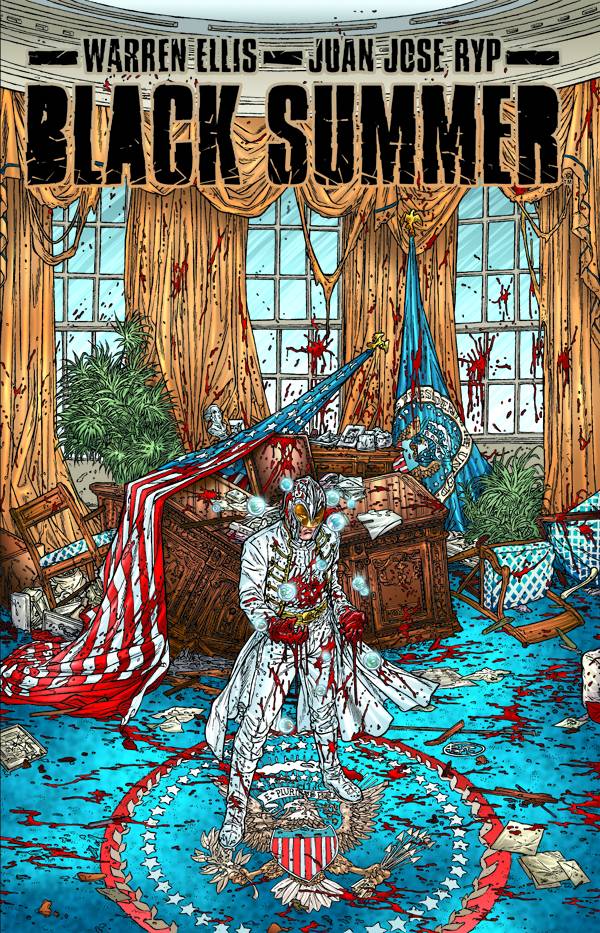 #
JUL083705
(W) Warren Ellis (A/CA) Juan Jose Ryp
The eight issue series that was the biggest event of 2007 has now been collected in this deluxe trade paperback with a brand new cover! Warren Ellis' eight-issue opus of masked hero revolution, Black Summer, perfectly complimented by the stunning and explosive art of the genius Juan Jose Ryp, is nothing less than a sequential masterpiece. The world goes black in this epic story of super-powered heroes and villains. The story begins when the political situation in the United States becomes more than Horus can stand, and he moves to take matters into his own hands. Unfortunately, not all of his other team-mates are quite so eager to throw the world into chaos, and an epic conflict forms.With Horus and the rest of the surviving Guns facing off against the military and each other, no one is safe as the bodies start to fall. Whether you collected each of the eight issues as they hit the stands, or you somehow missed this incredible event, the Black Summer trade is a must-have for your shelf!
In Shops: Sep 24, 2008
SRP: $24.99