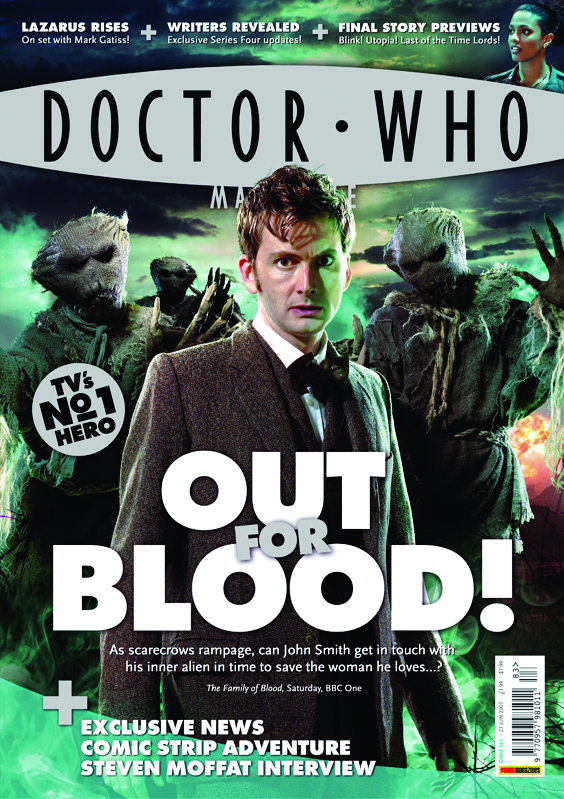 JUL074034
Doctor Who Magazine is the official magazine of the hit BBC series, with news, features, interviews and full-color comic strip action! This issue features an exclusive interview with executive producer Russell T. Davies; the final part of a three-part adventure in the comic strip; Davies drops hints about series four in his Production Notes column; the Time Team greet the Sixth Doctor as they watch "The Twin Dilemma" and "Attack of the Cybermen" as they continue their mission to watch every Doctor Who story in order; and all the latest books, audios and DVDs are previewed and reviewed.