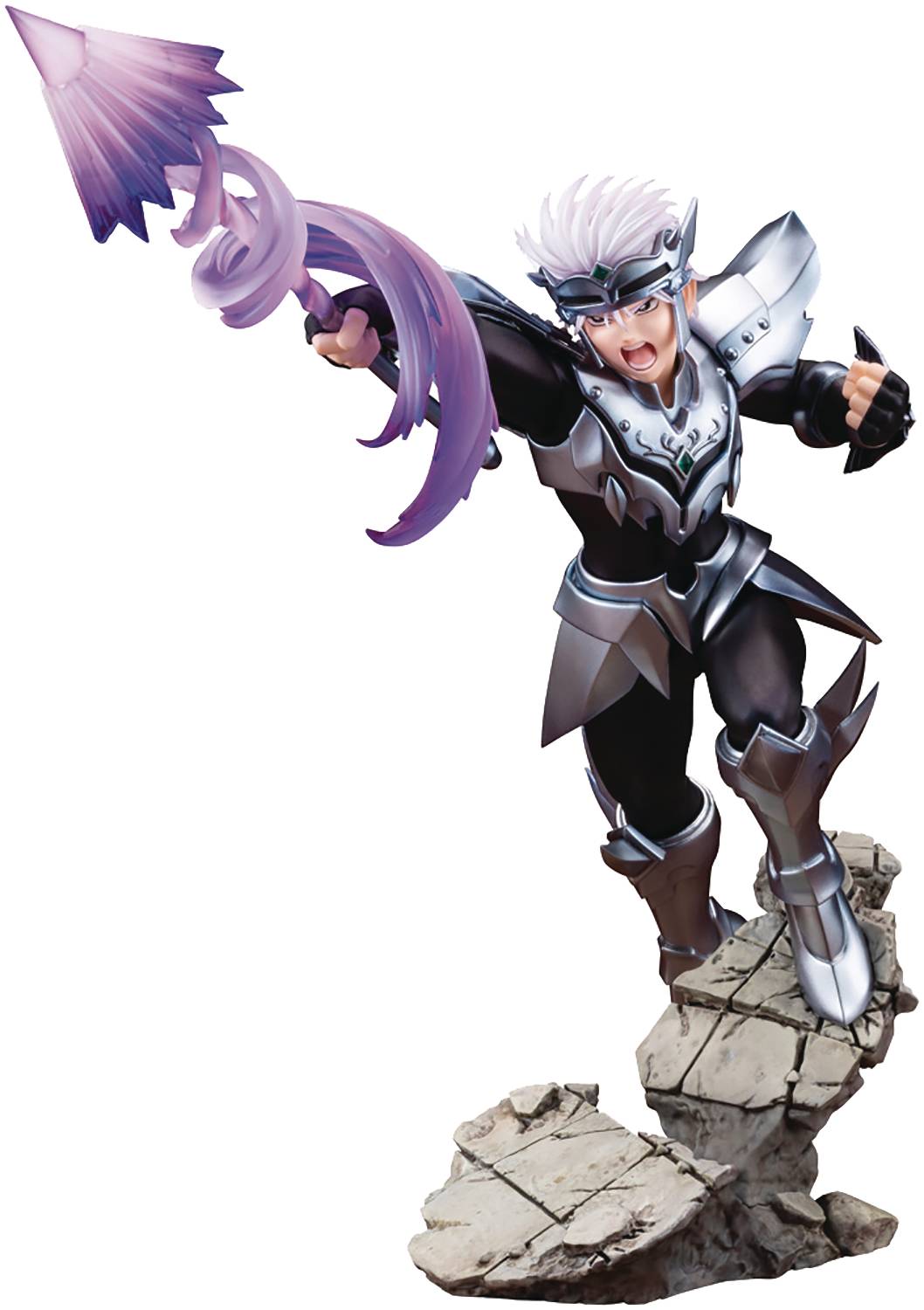 # # # # # # # # # #
JAN228565
From Kotobukiya. The immortal warrior Hyunckel from Dragon Quest  The Adventure Of Dai is joining Kotobukiya's ARTFX J series! He is brought to life in a heroic pose, pouring his Aura of Light into his Demon Spear to pierce through even the toughest of enemies! In addition to his glittering silver armor, his under-armor paint makes green and purple reflections, allowing for a different shine to be seen at every angle in the high-quality finish of this figure. Both the standard version and an effect version with Bloody Scryde being unleashed are included. The standard version can also be held near the tip for convenient storage. His right arm and hand are also articulated to allow for adjustment of the effect according to preference.