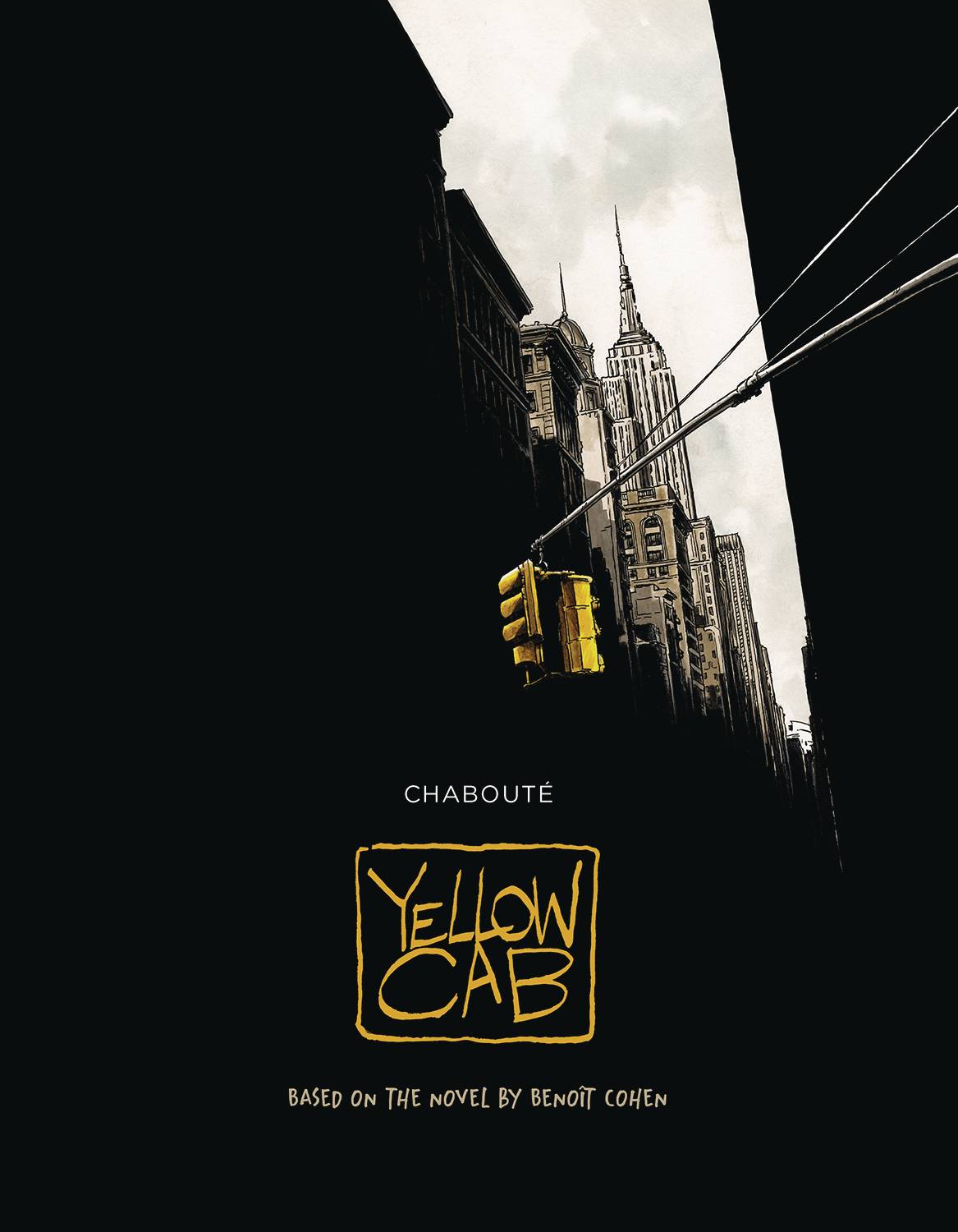 #
JAN220475
(A/CA) Christophe Chaboute
After twenty years working on film and series shoots, Beno t Cohen is drained. His enthusiasm gone, a desire to stop writing and put down the camera takes over. In the city for a year, he still wonders about how best to absorb the rich diversity of the cosmopolitan metropolis, settling on a simple idea: he will become a taxi driver.

Behind the iconic Yellow Cab, behind the fantasy of freedom and independence, behind the faces of his thousands of passengers, Beno t discovers a world to which he is a stranger. He dives into his new life with the idea of turning it into a screenplay for a future film, but the material he collects from this social experiment marks him deeply, leading down unsuspected paths: First, the administrative maze that leads to the taxi driver's license. Then the world behind the scenes. And finally, the prejudices that surround the profession and lead customers, cops, and the entire city to look at it-quite randomly-either with indifference, kindness, or aggression. The project transforms into an autobiographical novel interspersed with reflections on the creative process, and with the help of Chabouté, it is now a sensitive, deeply human graphic novel with breathtaking illustrations that pay vibrant tribute to New York City.
In Shops: May 18, 2022
SRP: $19.99