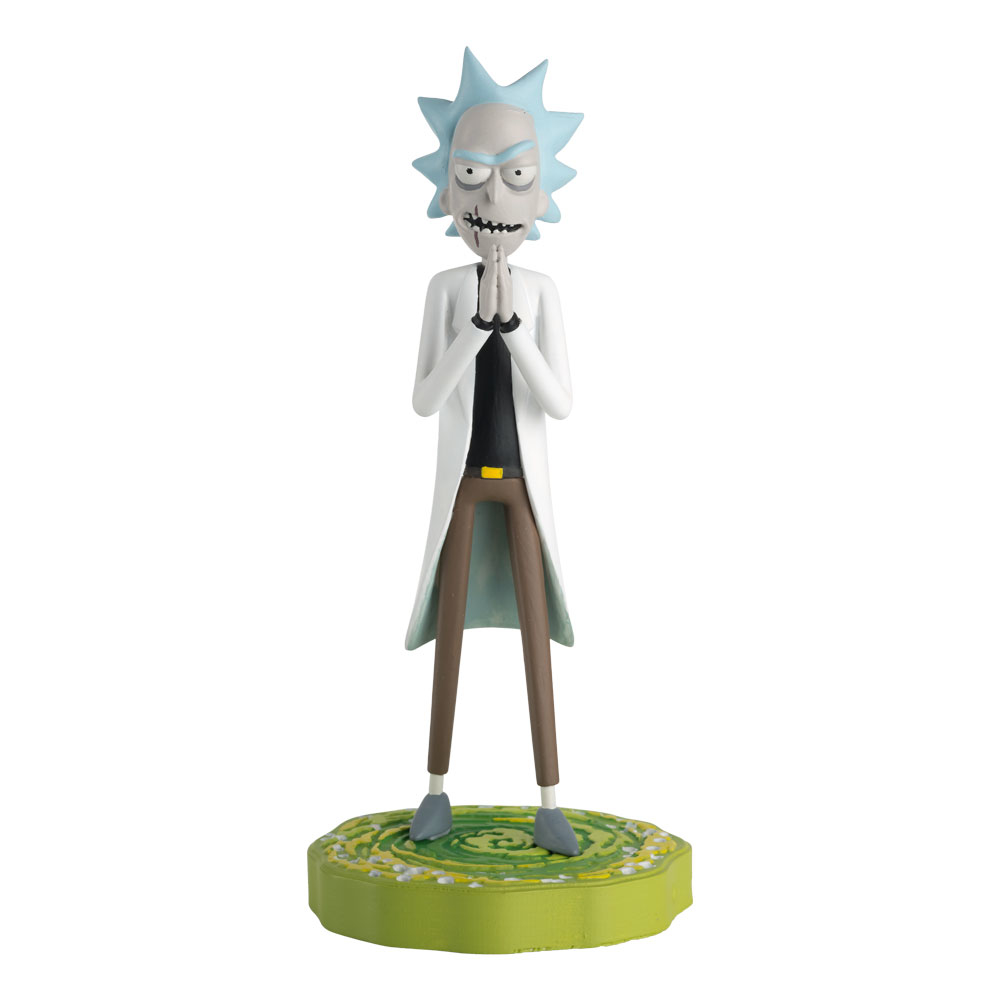 # # # # # #
JAN211986
"We both know if there's a truth in the universe, it's that Ricks don't care about Mortys."
An interdimensional serial killer who hunted Ricks from alternate realities, Evil Rick kept his murderous lair hidden from the Council of Ricks by torturing hundreds of Mortys, using the resultant "Morty waves" to cancel out their scanners. He framed Rick Sanchez of C-137 for his crimes.
Ultimately, Morty rallied his captives to escape and revolt, and Evil Rick was beaten to death by an enraged tide of mediocrity. Yet an autopsy revealed that Evil Rick's brain was packed with mind-control cybernetics - he was little more than a puppet for his companion... Evil Morty.
In Shops: Mar 03, 2021
SRP: $19.99
View All Items In This Series