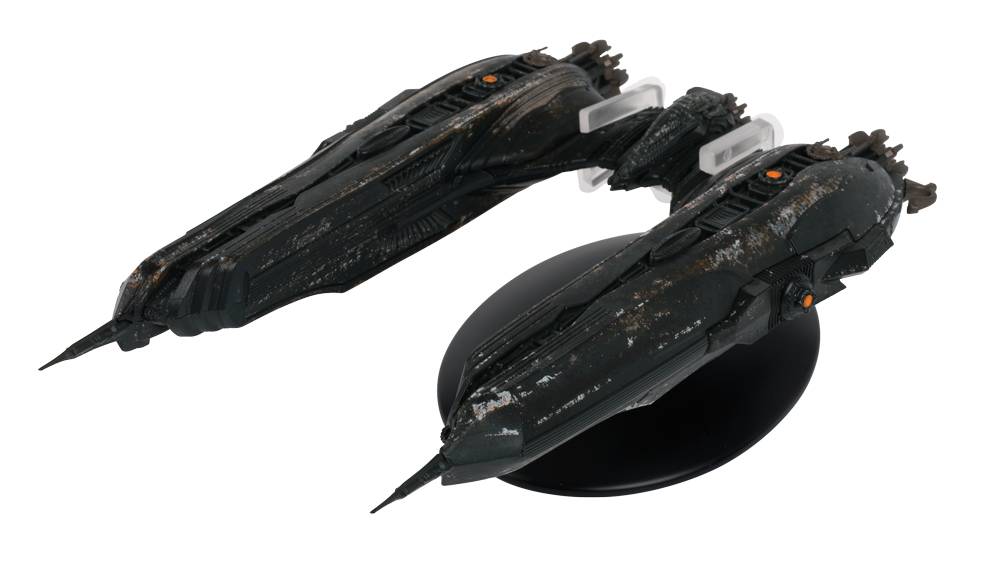 # # # # #
JAN211982
A battleship in service to the Great Houses of the Klingon Empire in the 2250s, the Chargh-class used the same spaceframe as its cousin the Jach-Class - a miniscule primary hull with an impulse engine at its stern, flanked by a pair of enormous warp nacelles. The ship's name means "conquer" in Klingon, suitable for its role in the Battle at the Binary Stars.
This series of die-cast models features ships based directly on the original VFX models of Star Trek: Discovery, ensuring extraordinary detail and accuracy. Each is accompanied by a spotlight magazine.
In Shops: Mar 31, 2021
SRP: $54.95
View All Items In This Series