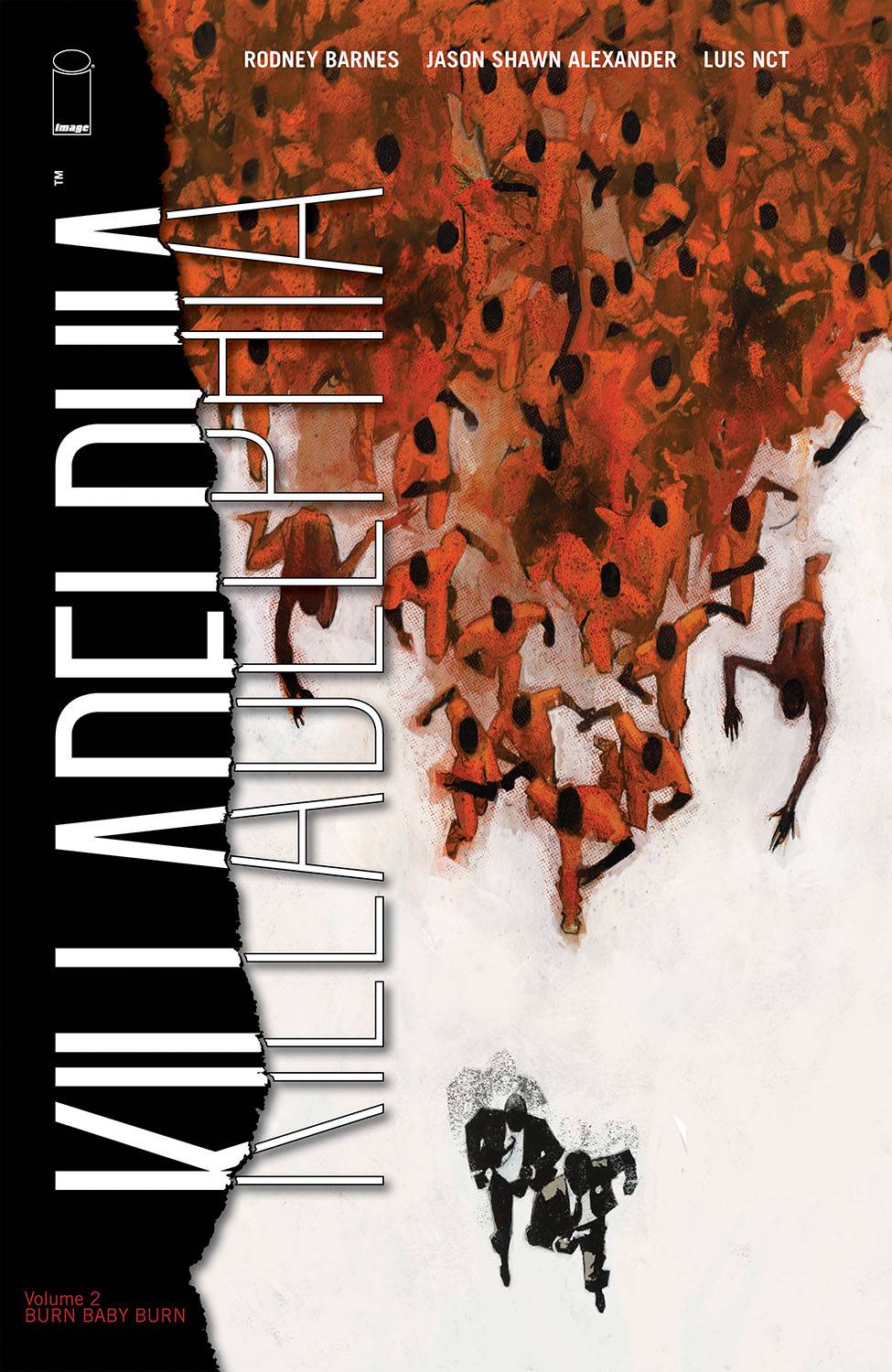 #
JAN210140
(W) Rodney Barnes (A/CA) Jason Shawn Alexander
Continuing the critically acclaimed, sold-out series from breakout star RODNEY BARNES, the writer behind such hit shows as Wu-Tang: An American Saga and STARZ's American Gods, and the artist who redefined SPAWN, JASON SHAWN ALEXANDER!
Adams' battle to reshape the United States in his own twisted vision might have been thwarted for now, giving Jimmy Sangster a moment of respite, but the war for a new America rages on! Now, as Abigail steps out of the shadows, she unleashes a new violent terror upon the city some have renamed Killadelphia. But this time, it's about creating as widespread a web of fear imaginable as she rips the beating heart from the city itself.
Can Jimmy stop her, or will history repeat and force him to meet the same fate as his father?
Collects KILLADELPHIA #7-12 and the pulse-pounding werewolf saga, ELYSIUM GARDENS.
In Shops: Mar 31, 2021
SRP: $16.99
View All Items In This Series
ORDER SUBSCRIBE WISH LIST