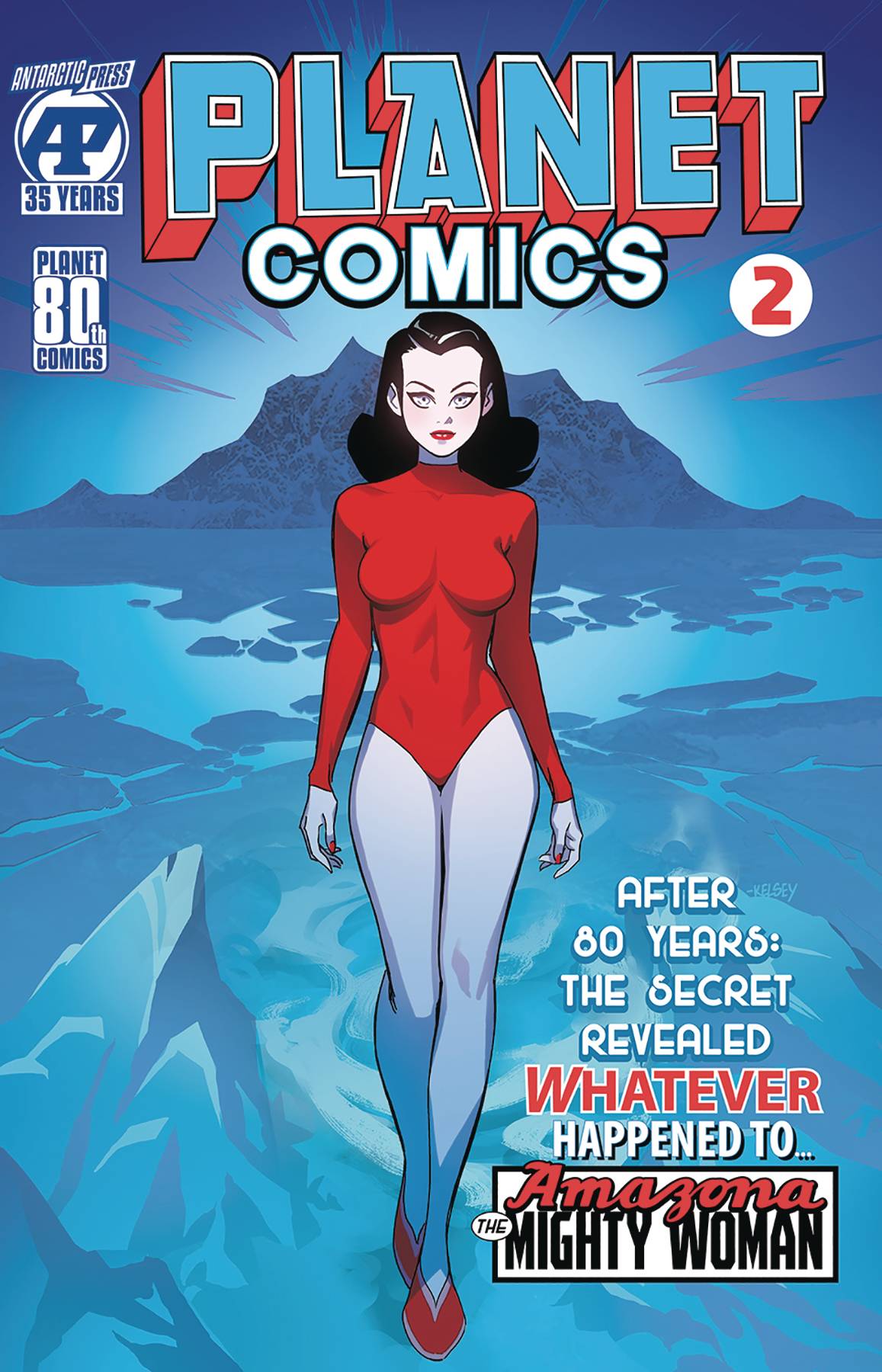 #
JAN201504
(W) Kelsey Shannon (A) Various, Brian Denham (CA) Kelsey Shannon
In March 1940, Planet Comics introduced Amazona, the Mighty Woman in an odd, yet thrilling adventure that promised her return in the next issue.  She was never to be seen again.  Now, the full fate and secret will be revealed as Kelsey Shannon lifts the dark veil surrounding her disappearance!  Brian Denham introduces Sara Eephus, a salvage contractor who finds and revives an ancient mecha intent on completing its primary objective: Subjugate Mankind!
In Shops: Sep 16, 2020
SRP: $3.99
View All Items In This Series