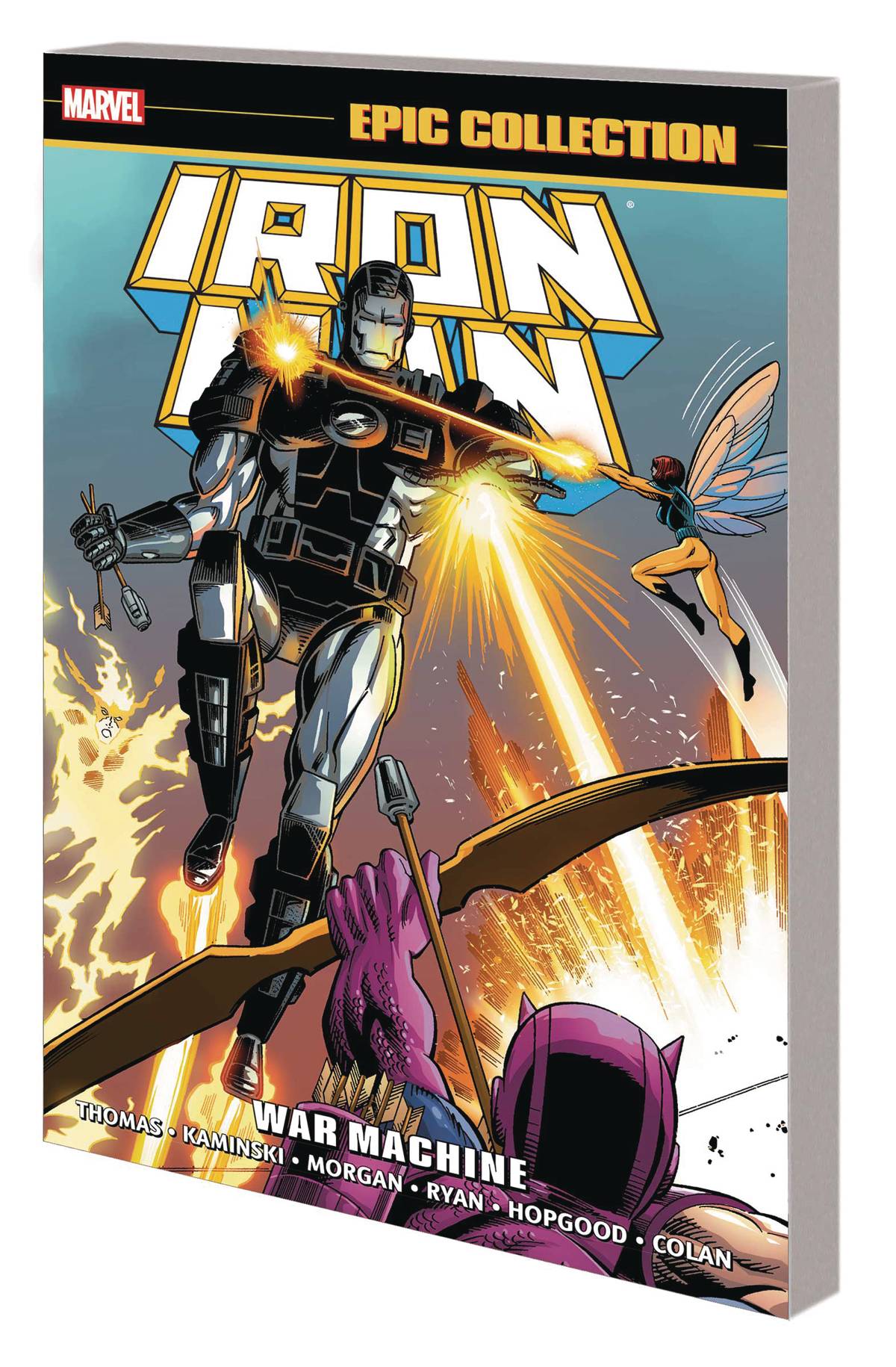 #
JAN201069
(W) Len Kaminski, Roy Thomas, More (A) Paul Ryan, More (A/CA) Kevin Hopgood
The gunmetal-gray Avenger! Tony Stark's health takes a turn for the worse thanks to the intergalactic Operation: Galactic Storm! Back home, the Masters of Silence are waiting - and to defeat them, Tony needs to build a new armor unlike any other! But with Justin Hammer gunning for him, will he live long enough to get used to it? Or will the suit be a better fit for James Rhodes? When Tony's health finally gives out for good, Rhodey must face his destiny - as a War Machine! But which is worse: filling Iron Man's boots or running Stark Enterprises? Guest-starring Darkhawk, the West Coast Avengers and a lineup of classic villains from Blizzard to Blacklash! Collecting IRON MAN (1968) #278-289 and ANNUAL #12-13 and material from DARKHAWK ANNUAL #1, AVENGERS WEST COAST ANNUAL #7 and MARVEL HOLIDAY SPECIAL #2.
Rated T
In Shops: Jun 17, 2020
SRP: $39.99
ORDER WISH LIST