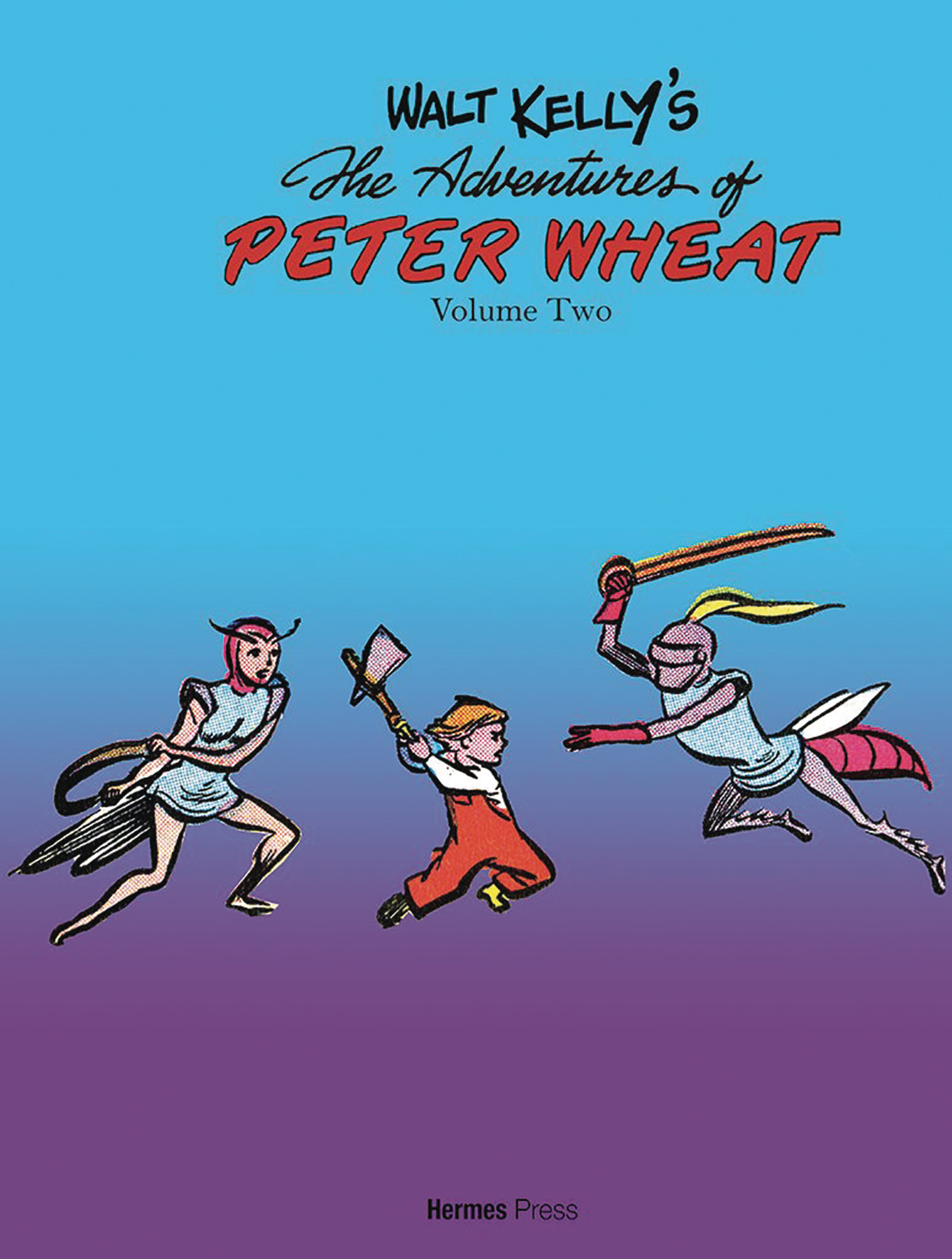 JAN191935
(W) Walt Kelly, Thomas Andrae (A/CA) Walt Kelly
Walt Kelly's Peter Wheat comics are renowned for their humor, artistic flair and appeal to both children and adults.  The Peter Wheat comic books are extremely rare and have never been collected as a series before, due to their scarcity and rarity.  Between 1948 and 1951, Kelly drew thirty-five issues of The Adventures of Peter Wheat, a sixteen page comic book given away to bakeries to promote Peter Wheat bread.  The stories were fairy tales starring Peter Wheat, an elf-sized boy who lived in a hollow tree on the edge of a wheat field where he and the Little Folk battle Dragonel, Queen of the Hornets, and later The Wizard.
Continuing in their quest to reprint the rare and never before collected Peter Wheat, Hermes Press is proud to announce Volume 2 is in the works! Walt Kelly's Peter Wheat the Complete Series: Volume Two picks up where Volume One left off, starting with Issue #15 and continuing to Issue #25! Dragonel and Peter Wheat have just escaped from the Hornets and are exiled from the castle - they must now survive in the forest until the Hornet Knights are defeated!
In Shops: TBD
SRP: $60.00
View All Items In This Series