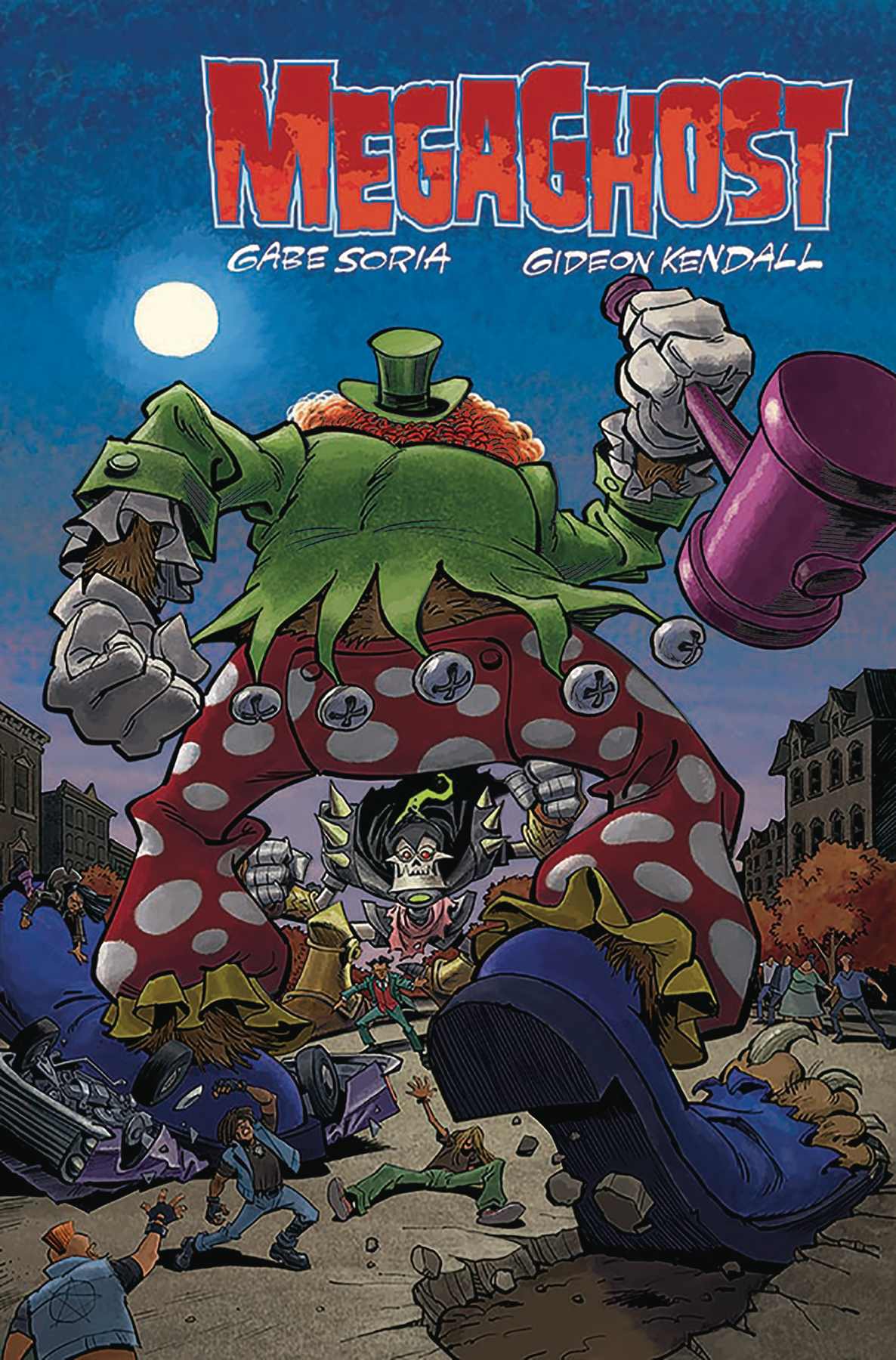 JAN191516
(W) Gabe Soria (A/CA) Gideon Kendall
When the Bo Bo Bonkers Cartoon Show is in danger of being canceled, Dunwich Heights' favorite TV jester will do anything to get an edge, including striking a sinister deal with the villainous Ultraghoul. But the bargain comes with a supernatural catch, and it's up to Martin Magus and MegaGhost to stop Bo Bo's reign of hilarious terror before the cursed clown crushes the world under his enormous shoes!
In Shops: Mar 27, 2019
SRP: $3.99
View All Items In This Series